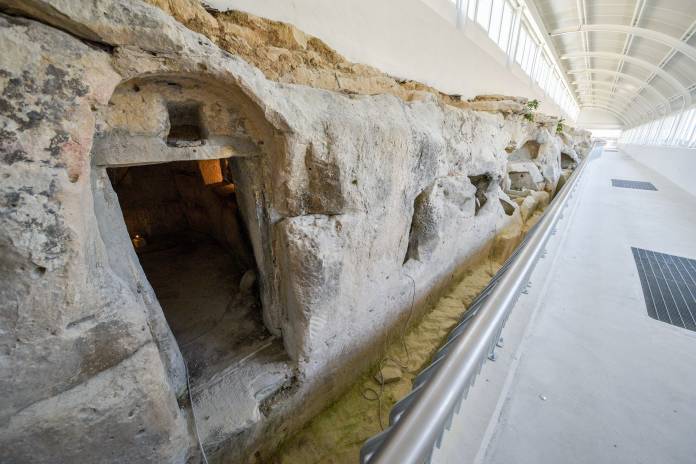 In an attempt to recapture the collective memory of those who remember Ta’ Bistra Catacombs and the surrounding landscape as it was in the past, this Sunday 15th September, Heritage Malta is organising an open day and memory collection event during which the public can visit and explore this site for free. 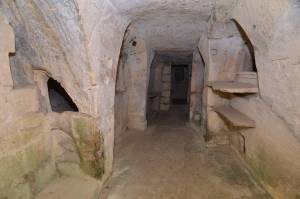 This is also a significant opportunity for those who have any memories or memorabilia of these catacombs to share their narratives and leave their mark at the event, ‘Niftakar Ta’ Bistra’. Heritage Malta is eagerly inviting the public to share their narratives, objects, and old photos of the area. Such collective memory will make it possible to truly understand Ta’ Bistra, not just as an archaeological site, but also as a cultural landscape with a meaning in the lives of those who grew it.

The largest set of tombs and catacombs found outside Rabat

Ta’ Bistra Catacombs are so far the largest set of tombs and catacombs which are found outside Rabat, Malta, located at a distance of just 15 minutes from Mosta centre. The 4th century A.D. Paleochristian catacombs are set in the vertical face of a ridge overlooking St Paul’s Bay. The site is 90 metres long and consists of 57 tombs laid out in 16 chambers. 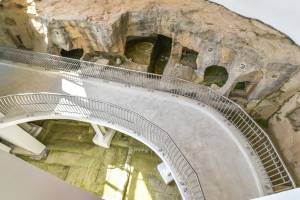 Although the tombs were first recorded in the late 1880s, they were only archaeologically investigated in 1933 by Captain Charles Zammit. This documentation was done since the tombs were meant to be destroyed to make way for the construction of a new road leading to Burmarrad. Interestingly in 2004, Ta’ Bistra Catacombs came once again into the spotlight when archaeological monitoring taking place during road works revealed that these catacombs had not been destroyed after all. 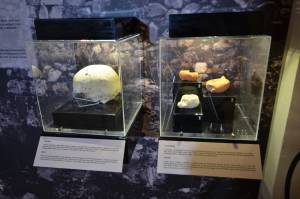 Along the years, a certain Indrì built a farm over the underground tombs and today serves as the entrance to this archaeological site. Besides adjusting some of the deathly chambers to his personal use and to accommodate some farm animals, he also engraved a number of faces in different parts of the catacombs. Apart from the farm, other development took place in the area, including the construction of a number of semi-detached villas and a main road connecting Mosta to Rabat. During World War 2, it is believed that the site served as an air-raid shelter for civilians. 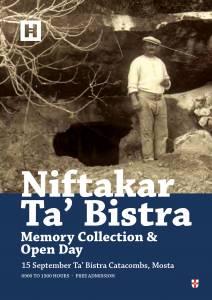 Ta’ Bistra Catacombs are thought to form part of a much larger network of tombs and catacombs which may have been partially damaged due to extensive quarrying in the area, particularly for stone related to the building of Mosta’s Rotunda church towards 1833.

The catacombs enjoy excellent facilities, including ample parking space and a child-friendly zone. Therefore those who can assist to recover more of the past of Ta’ Bistra Catacombs and its surrounding area are invited to share their stories, objects and any old photos at the event titled, ‘Niftakar Ta’ Bistra’, this Sunday between 9.00 am and 3.00 pm; last admission 2.30 pm.