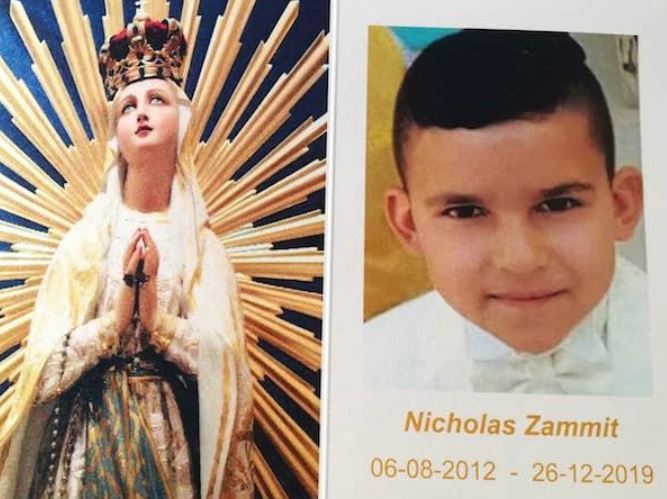 Nicholas Zammit, a 7-year-old boy, was given his final farewell on Saturday morning.

Mass took place in Qrendi’s Parish Church. Present were the Minister for Justice Owen Bonnici people of the community, and several children from St. Benedict’s College.

During his homily, Parish Administrator Fr Mario Said described Nicholas as an intelligent child who used to bring joy to those around him.

Nicholas died on Boxing Day in a quarry in Siggiewi, after an excavator ran him over. It appears that there was no one in the excavator at the time; it had rolled down a slope on its own.

Fr Said told Newsbook.com.mt that Nicholas’ death came as a shock to the parish. He added that, however, he is certain that the Qrendi Parish now has another saint in heaven.

On Facebook, Minister Bonnici said that the solidarity being shown by Qrendi’s and Malta’s community towards Nicholas’ relatives is enormous. “We also stand behind you in the moment of sorrow,” he added

Julia Farrugia Portelli also expressed her grief on Facebook, adding the Nicholas is “our little angel”. She stated that she was not able to attend the funeral as she is abroad.

Posting a photo of her with the boy in his Holy Communion suit, the child’s mother asked Nicholas to “Pray for me and your father for us to live for your brother, whom you loved so much. Until we meet again.”