The asylum seekers left stranded on board the MV Talia for days on end should be immediately disembarked in Malta, a group of 35 NGOs have insisted.

In a joint statement, the organisations said that it was “beyond shameful” that 50 men and women have been stranded out at sea for days, housed in miserable and unhygienic conditions in a vessel intended for the transportation of livestock.

“They were rescued on the explicit instructions of the Maltese authorities and are now waiting for a port of safety to be identified. Malta simply may not abdicate responsibility for people on its territory and for whom it is clearly responsible,” they maintained.

The MV Talia rescued the group on Saturday on the instruction of the Malta Rescue Centre, but Malta has refused to allow it to disembark as it awaits an agreement with EU states on their redistribution, effectively keeping them hostage. 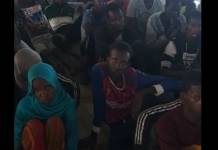 Though the NGOs recognised the challenge posed by the arrival of asylum seekers by sea, they emphasised that as the state responsible for the search-and-rescue area where the rescue took place, Malta is responsible for coordinating the disembarkation of rescued migrants in a safe port.

International human rights obligations also require Malta to ensure that all those who wished to apply for asylum in Malta should be able to do so, and to ensure that no one was subjected to cruel, inhuman or degrading treatment, “whether on board the rescuing vessel or in a country to which they are sent for disembarkation,” the NGOS said

They also emphasised that Malta and other countries were responsible for ensuring that their actions did not serve to deter private vessels from rescuing migrants in distress at sea.

“This would not only be a serious violation of maritime traditions and laws, but also a relinquishment of the value of life and human dignity,” the NGOs maintained.

The organisations have also reiterated their request for a meeting with the authorities to discuss Malta’s position on rescue at sea.