Three non-governmental organisations have filed three complaints in three different fora with respect to the situation of over 150 asylum seekers currently being held aboard private vessels.

The NGOs had previously called on the European Commissioner to intervene in the matter and to treat the situation as urgent.

In an unprecedented move, Malta moved to ban migrant landings during the coronavirus pandemic. The government has also declared that Malta’s ports were closed and that it could not guarantee rescue at sea. The two groups of asylum seekers were rescued in Malta’s search and rescue region between 28 and 29 April and 6 May.

Maritime experts doubt Europa II’s ability to do the job

The government engaged a private fishing trawler, Dar al Salam, to carry out the rescue. It is unclear why the government had tasked the fishing trawler with the rescue. Under international law, whenever a distress call is made, nearby vessels are obliged to assist. Last month, Dar al Salam was recently involved in the push back of a group of asylum seekers to war torn Libya. Prime Minister Robert Abela denied that a push back took place describing Libya as an “open” port. The forcible return of refugees or asylum seekers to a country such as Libya where they are liable to be subjected to persecution. remains illegal under international law.

The asylum seekers were later transferred from the private and AFM vessels involved in the rescue to the chartered vessels and have remained there since the beginning of May.

Aditus Foundation, in its legal update, explained that the two complaints before the UN bodies highlighted that the situation on board the two vessels is an urgent one in view of their rapidly deteriorating physical and psychological state. “The complaints were based on the assertion that Malta’s actions breached a number of articles contained in the Universal Declaration of Human Rights and in the International Covenant on Civil and Political Rights,” the update reads.

The NGOs maintained that the ongoing detention of they individuals rescued at sea could not but be considered as arbitrary. They noted the duration and the conditions on board the Captain Morgan operated ferries which are not equipped to host such large groups for a length of time on the high seas.

The NGOs also highlighted that the asylum seekers remained without any access to adequate remedies such as seeking recourse before the court.

On the right to seek asylum, the NGOs underlined that the individuals on board have left their countries of origin for various reasons including grounds which could be considered when affording protection. They highlighted that Libya did not ratify the 1951 Refugee Convention and to date remains without a functioning asylum procedure. By not registering or processing their asylum claims, Malta is violating their fundamental right to seek and enjoy asylum in Malta, the NGOs said.

Member states have exclusive competence of their search and rescue operations which are regulated by international law. The organisations maintained that the current situation called into play EU external border control and should be guided by the applicable relevant human rights law and EU acquis.

“It is clear that with Malta’s actions at sea in relation to these incidents it is engaging in EU external border control affecting the interests of the European Union.”

Earlier this week, the International Organization for Migration (IOM), and the UN Refugee Agency (UNHCR), have called on Malta and the other European States to speed efforts to bring some 160 rescued migrants and refugees, who remain at sea onboard two Captain Morgan vessels, on to dry land.

On Wednesday evening, twenty-eight NGOs joined forces to demand an immediate end to the detention of asylum seekers on Captain Morgan boats, calling for the detainees to be allowed entry. NGO representatives held a “socially distant demonstration” outside the Office of the Prime Minister. 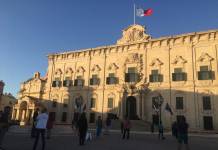 On 103: Fundraising for immigrants or for the Maltese?

Coryse Borg   June 2, 2020
A number of local musicians are coming together during an online concert to support Emily Gatt, a young girl who underwent a serious operation to remove a tumour in London two weeks ago.

Jesmond Saliba   June 2, 2020
With the lockdown now easing, the industry drew up safety guidelines as they wait for the green light for clubs to open.

Monique Agius   June 1, 2020
A 30-year-old man from Lithuania was seriously injured in a collision involving several cars on Triq tal-Balal near Għargħur on Monday afternoon.

Malta spent €122 million more than estimated in the last budget