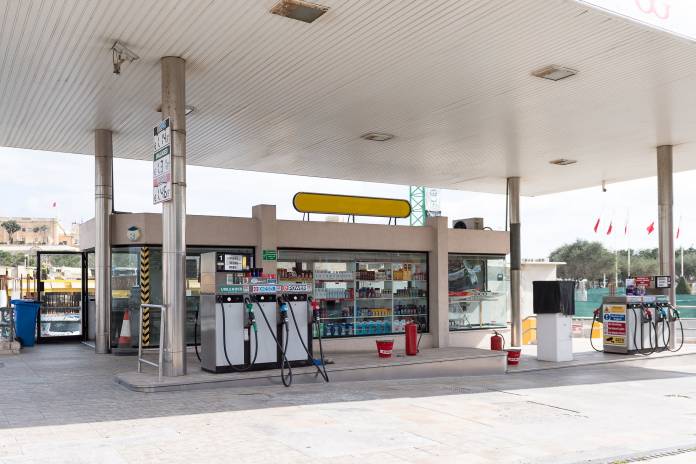 Moviment Graffitti expressed its disappointment that although two years ago to date, the then Environment Minister José Herrera, had asked for the fuel stations policy to be revised, this has not happened yet. Exactly 737 days have passed since the announcement that this policy, which is hardly four pages long, was going to be revised.

Moviment Graffiti said in a press statement that during a direct action at the Planning Authority in March 2019 they had started counting the passing days on this timer http://www.pompitimer.org.They explained how the original 2015 policy had led to a great deal of controversy since it was clear that it could lead to abuse and environmental destruction.

This same policy permits the development of new fuel stations which could be as large as 3,000m² and which often include other facilities such as a car wash service, a mechanic’s garage, shops, an ATM and a cafeteria.

“This is nothing but an easy way of obtaining a permit to build a commercial centre on ODZ land. We neither have the space for such massive fuel stations nor the need, especially considering that the authorities have indicated their plan to shift to electric cars”.

Moviment Graffiti said that in the meantime, while the authorities continued to drag their feet, more applications for fuel stations are being submitted.

The NGO stated that the draft of the revised policy has already passed through three stages of consultation – the last one in November 2019. According to this draft, many pending applications would be rejected because they would not be in conformity with the new requirements. However, this depends on whether the Planning Authority chooses to decide on these applications before the new policy is approved.

It is mentioned how a recent application for a fuel station in Siġġiewi was relocated calling it as an ‘absurd’ decision considering that the new station will be ten times bigger than it is at present (from 160m² to 1600m²) and built on ODZ agricultural land to include a garage, an office, a shop, a car wash and an ATM.

According to the draft of the new policy, this application should be refused. However, since this is not yet in place, the application is being processed on the basis of the existing policy.

Moviment Graffitti reiterates its stand that the future is threatened because of the irresponsible behaviour of those who are supposed to protect the natural environment and quality of life.

76% of electoral manifesto implemented in 3 years

John Paul Cordina   September 30, 2020
After nearly two months in detention, a 28-year-old man accused of grievously injuring two others during a fight which took place on 2 August was granted bail by the Criminal Court.