Following yesterday’s press release about the call made by FKNK on the Government to open a spring hunting season, BirdLife Malta yesterday wrote to Prime Minister Robert Abela insisting that the season should not be opened.

In the letter, the Prime Minister was asked not to open the hunting season. According to the NGO, it is clear that the Government’s message to hunters and trappers in this regard is “conflicting and unclear”. BirdLife Malta insists that PM Abela should have the courage to take decisions and should not give in to blackmailing tactics by the hunting and trapping lobby. 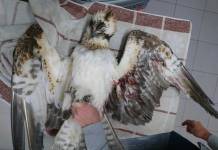 In the letter, BirdLife Malta CEO Mark Sultana said that in the current circumstances it would be absurd and irresponsible to open a hunting season, as during an open season it would be next to impossible to control illegalities and the season would end up being a smokescreen for many hunters to kill protected birds.

The letter continued to discuss how BirdLife Malta also reiterates that Gozo Minister Clint Camilleri does not have the legal right to implement any decision in regard to the law or in relation to the Wild Birds Regulation Unit (WBRU). Due to this, in fact, to date, the Ornis Committee has not been reconstituted. The law stipulates that before any decision is taken by the Environment Minister on the hunting season, a discussion has to take place at Ornis level.