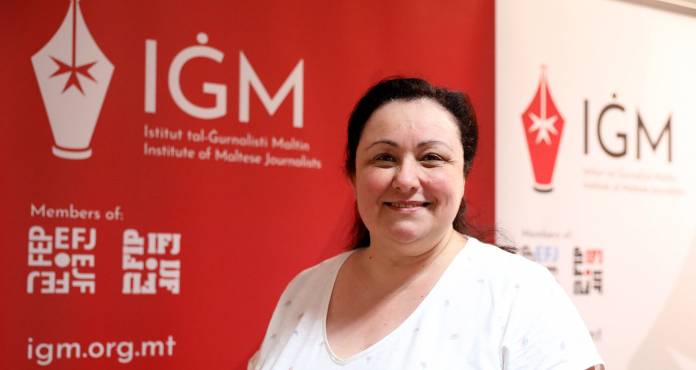 Newsbook.com.mt Editor-in-Chief Sylvana Debono has been appointed as a member of the Institute of Maltese Journalists, IGM.

During the annual general meeting held on Friday a new Executive Council of the Institute of Maltese Journalists was appointed for the coming two years.

In the absence of a nomination for the office of President, it was agreed that one of the members elected to the council should be selected president at the first meeting of the Council when the respective posts are assigned.

The President of the Malta Sport Journalists Association Sandro Micallef will be a non-voting member in the council.

At the annual general meeting, the new IGM logo, as well as logos of other commissions within IĠM that work autonomously, were unveiled: the Commission for Ethics in Journalism and the Commission which will help in the organisation of the Malta Journalism Awards.

Members unanimously approved several amendments to the statute, bringing it in line with the requirements of the Voluntary Organisations Commission. Key among them: the increase from 7 to 9 members on the IGM Council, the change in nomenclature from Chairperson to President, the abolition of the proxy vote in cases of general meetings and the decision to hold annual general meetings rather than one every two years as approved in 2016.

Another addition is the appointment of two reviewers to better scrutinise IGM finances, with members Mario Xuereb and Victor Vella being appointed as the Institute’s first two reviewers.

Roberta Metsola nominated as MEP of the Year