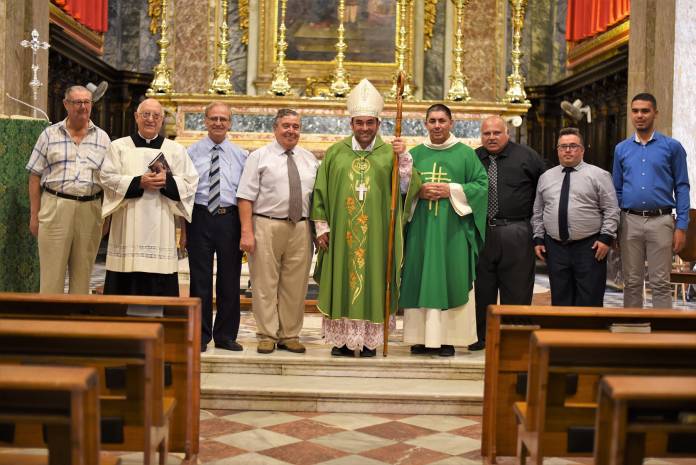 Together with the Dominican Community and parishioners, he celebrated the Holy Eucharist on Sunday 18th August 2019. 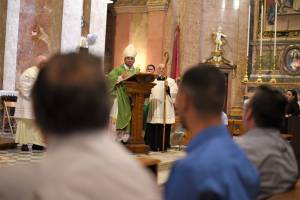 In his homily Bishop Cefai referred to Pope John Paul II as an icon of peace. He thanked all those who welcome him and are helping his mission in Peru where there is much poverty. He talked about peace and stated that although his people often live in misery and suffering on their faces you can see a smile as in their hearts reigns peace. He augured that peace will reign in the heart of the Maltese people.

This was an initiative by the JP2 Foundation (Pope John Paul II Foundation), which is preparing to mark the course of the next year the 100th anniversary of the birth of the Polish pope and 30 years since he visited the Maltese Islands.