Newly-appointed domestic violence commissioner Audrey Friggieri will be employed full-time in the role, the government said on Monday morning.

Audrey Friggieri an educator by profession, succeeds Simone Azzopardi who stepped down from the post earlier this month for personal reasons. Friggieri graduated in psychotherapy and systemic family and has read for a Master’s in education for adults.

On Monday, Equality Minister Edward Zammit Lewis and Parliamentary Secretary for equality Rosianne Cutajar met with Friggieri. The government reiterated its commitment against domestic violence and gender-based violence. In a statement, it said that the government will continue to work to prevent every form of violence. Educational campaigns are planned while the government plans on introducing new tools to assist those who are vulnerable.

In its statement, the ministry said that more funds were allocated to fight domestic violence.

Friggieri in her first public comments, said that she will be a strong voice against any form of violence. She said that she is committed to implement the Istanbul Convention strategy.

During the meeting, the government and the new commissioner discussed the commission’s work plan for the upcoming weeks and months.

In a statement, the ministry said that the plan included further education about the topic “at every level”, ways to help women become more financially independent and work to improve cooperation with the police and law courts, to better protect domestic violence victims. 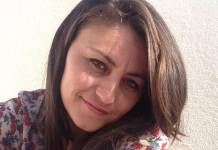 Last week, Chantelle Chetcuti was the first murder victim of the year, after being allegedly stabbed by her former partner outside a bar in Żabbar. She succumbed to the injuries sustained within hours.