Dr Melillo was participating in a discussion on Newsbook.com.mt on Saturday afternoon. The special edition of Newsbook Q&A hosted by Fr Joe Borg and Sylvana Debono followed the announcement of 204 new cases, setting a very alarming new record.

Mellillo said that her team could hardly believe the figure and kept on checking to be certain that they publish a correct number. 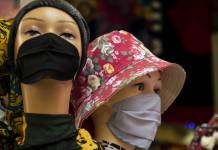 During the programme the public health consultant made a heartfelt appeal urging all to observe the measures being proposed by the health authorities.

“No one is safe from the virus”, said Melillo while adding that “I only feel safe when I am alone in my room.”

Besides mentioning the example of the new born baby, Melillo emphasised her point by saying that there are even young people in the ITU “fighting for their lives”.

Whilst stating that the measures recently announced by government are not enough. She reminded people that the virus is still strongly present in the community and lamented the fact that people are going about as if the virus does not exist.

Melillo referred to the problems being encountered by the team doing contact tracing. She said that the increasing numbers are making their task very difficult as sometimes they have to phone up even to 50 people with whom contact had been made by the person testing positive.

Dr Melillo participated several times during programmes on Newsbook.com.mt and on 103 Malta’s Heart. She always insisted on the need to obey all the directives that are being issued by the health authorities. 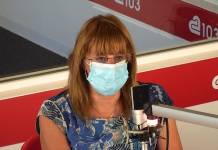