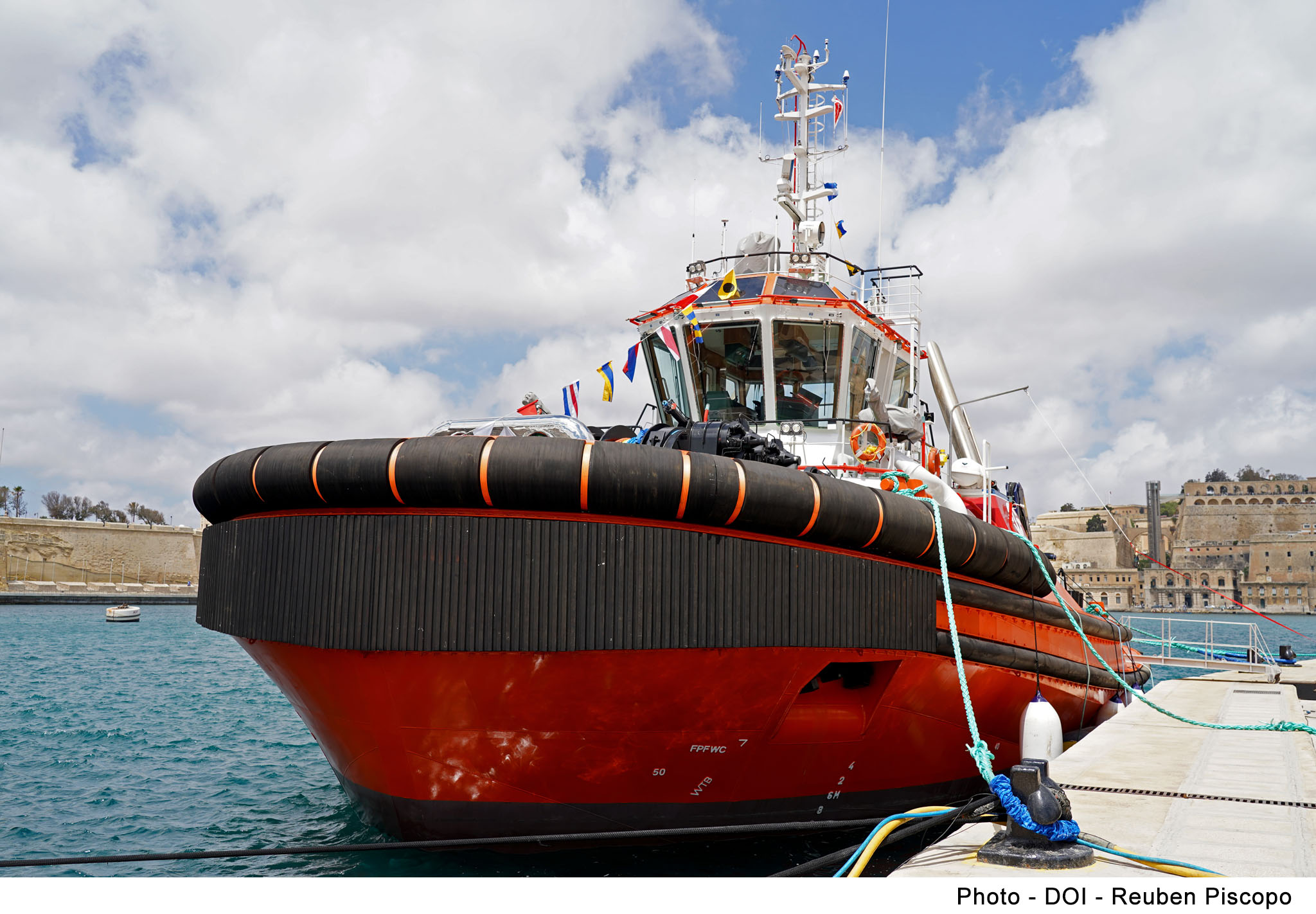 Minister for Transport, Infrastructure and Capital Projects, Ian Bog has inaugurated the tug boat Vittoriosa, which is the second out of three tug boats which Tug Malta Ltd had committed to in 2017, for an investment of €24 million. The first tug boat St Angelo, was inaugurated in 2018.

Some facts on the Vittoriosa: