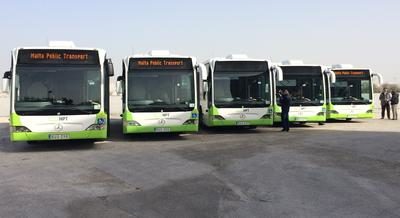 From today direct routes have come into effect which will be offering a direct service between several locations popular among tourists. The fare for these routes will be higher than usual; if paying with the Tallinja Card the fare will be of €1.50 as opposed to the usual 75c, while if you buy the ticket on the bus the fare will for €3 on these direct routes.

The new routes are:

TD10: On Sunday from Valletta to Marsaxlokk according to the demand

TD14: Circular route from Rabat to Sliema which passes from St Julian’s every hour between 9:30am and 9:30pm