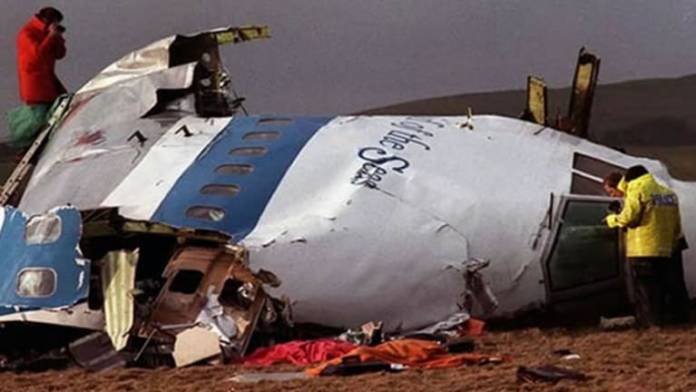 The authorities in Libya are considering a deal to extradite Abu Aguila Mohammad Masud, who has been named by the American authorities as a suspect in the Lockerbie bombing in 1988.

The report indicates that the handing over of the former Libyan intelligence operative could help the Libyan authorities strengthen their international ties.

The USA, on Monday unsealed criminal charges against the third alleged conspirator in the 1988 bombing of Pan Am Flight 103 over Lockerbie, Scotland, that killed 270 people, mostly Americans.

The suspect is a former senior Libyan intelligence official and was charged with two criminal counts related to the bombing. U.S. Attorney General William Barr said that U.S. officials are hopeful that Libya will allow Masud to be tried in the United States.

Massud is currently under custody in Libya.

The Justice Department said Masud carried the bomb that eventually blew up the plane from Libya to Malta in a suitcase and then set the device’s timer.

The suspected Lockerbie bombmaker is said to have told investigators how he avoided detection by airport scanners by positioning his explosive device near metal in a suitcase that was timed to go off 11 hours later.

Abu Agila Masud reportedly told Libyan law enforcement in 2012 how he was also given $500 by Libyan intelligence officials to fill the suitcase containing the explosive with clothes, which traveled on an Air Malta flight to Frankfurt before being transferred with luggage onto Pan Am Flight 103.

It said that from around 1973-2011 Masud worked for Libyan intelligence, including as a bomb-making expert.

It alleged Masud was involved in the 1986 bombing of the LaBelle Discotheque in West Berlin, Germany that killed two U.S. service members.