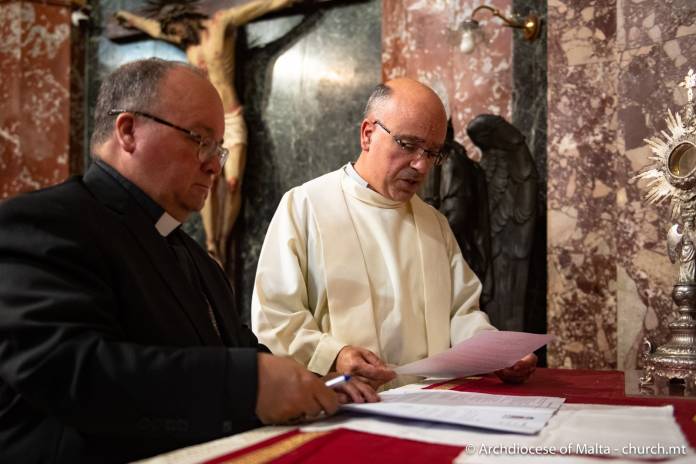 Fr Alexander Cauchi (OSA) has been appointed as the new parish priest for St Augustine’s Parish in Valletta by Archbishop Charles Scicluna.

He took office during a mass held on Friday on the feast of St Rita of Cascia. The celebration was live streamed on the Archdiocese’s official Facebook page and YouTube Channel as well as on TVM2.

Fr Alexander Cauchi has spent the last seven years doing pastoral work with the St Augustine Parish. The parish population stands at 650 families, a total of around 1,360.

The new parish priest was born on 16 June 1971. He grew up in St Julian’s where he attended primary school and later moved to Gżira, Naxxar and Mtarfa where he received his secondary education. He completed his studies with the Faculty of Philosophy at the Pontifical Gregorian University in Rome while in Malta he read for a degree in Theology.

He was ordained priest on 18 October 1996 by Archbishop Ġużeppi Mercieca.