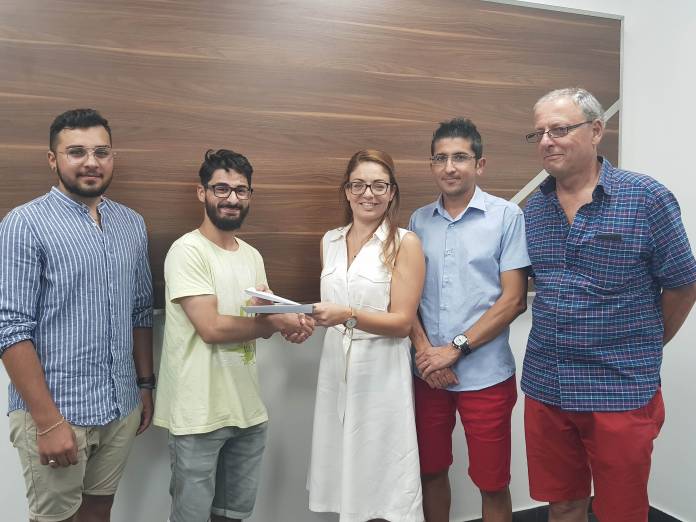 The council now has its own logo, the fruit of a design competition organised between the LSM Council and the MCAST Institute for Creative Arts. The logo consists of a red outline of the ‘K’ handshape in Maltese Sign Language, with the words ‘Kunsill’ and ‘Lingwa tas-Sinjali Maltija’ above and below the large letters “LSM”, with a quadrant from the Maltese Cross dovetailed into the top of the letter M.

A specially appointed adjudicating panel had the hard task of choosing from amongst fifteen designs submitted. After a rigorously anonymous voting process, the designs from Josmar Azzopardi and Kyle Curmi were declared winner and runner-up respectively, and they were presented with their prizes at the Council’s last meeting.

Commenting on the process, LSM Council President Ms. Annabelle Xerri said that it was “a wonderful exercise in cooperation between various sectors of the Maltese society” and expressed the hope that further council initiatives would meet similar support in future.

Maria Webb   August 3, 2020
The Administrative Committee and the Executive Committee of the Nationalist Party (PN) are to meet tomorrow.

Amy Borg   August 4, 2020
It was also mentioned how in other jurisdictions such as the Netherlands, Spain and Belgium, judges have annulled the dismissals when employers have not respected statutory collective dismissal procedures.