The new health centre in Victoria, Gozo is expected to be opened by the end of next year, according to Health Minister Chris Fearne.

But the new centre – planned to replace the existing centre that has proven too small for the volume of patients – had originally been promised for completion in the first half of 2019. 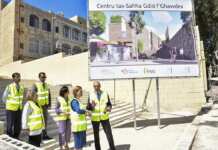 The minister said that external works on the centre, which is situated across the street from the Victoria bus terminus, was at an advanced stage. The tenders for the construction of lifts, of the standby generators and of most medical equipment have been awarded, he added.

In reply to another question by Ellis, Fearne confirmed that the new centre would be opened 24 hours a day.