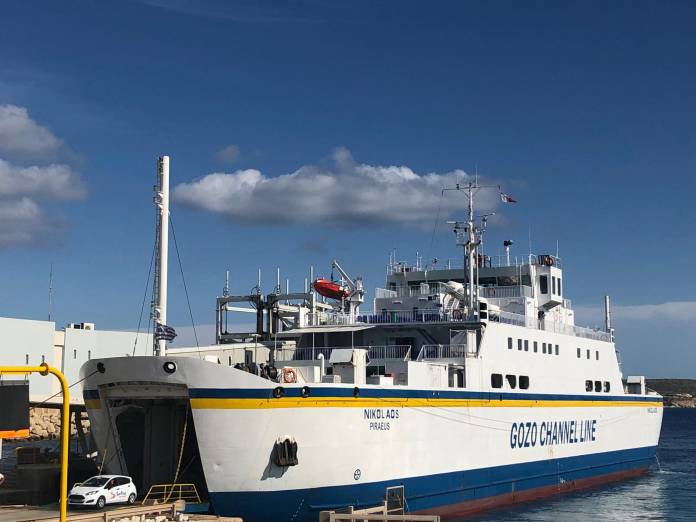 The fourth ferry MV Nikolaos is to be taken out of service for a modification to make passenger access easier, Gozo Minister Justyne Caruana told Parliament during a session marking Gozo Day.

The ferry will be out of service for a month starting on 11 November. The modifications planned include side ramps which would allow passengers to pass through the terminals in Ċirkewwa and Imġarr.

The necessary modifications on the newly introduced ferry will be made in a dockyard abroad. The owner of the vessel will foot the bill, after an agreement was reached, Caruana explained.

MV Nikolaos was only added last June. Caruana remarked that the ferry will be used until the tendering process for a new ferry is concluded.

Nikolaos set to stay until replacement tender is awarded – Caruana

The 32-years-old ferry came from Greece. It can take a total of 160 vehicles, 650 passengers in summer and 350 passengers in winter. The trip between Malta and Gozo lasts 15 minutes. Many have complained about the lack of accessibility for differently-abled individuals, elderly and parents with pushchairs. The ferry is equipped with a stairlift instead of a lift.