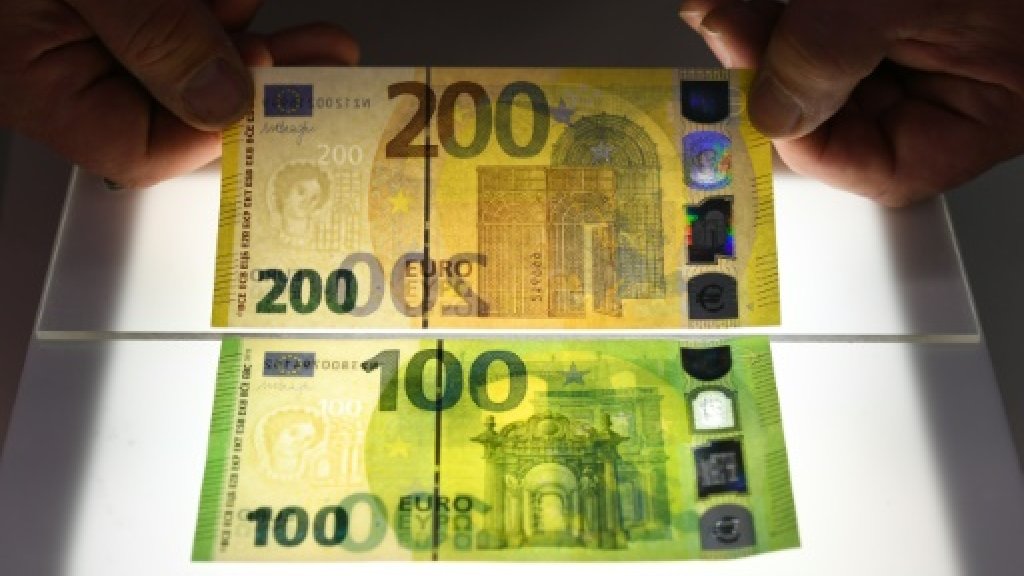 The new €100 and €200 banknotes, the last in the Europa series, have started being circulated today, Tuesday.

The latest banknotes have new security features which are easy to check with the “feel. Look and tilt” method. At the top of the silvery stripe, a satellite hologram shows small symbols that move around the number when the banknote is tilted and becomes clearer under direct light. The silvery stripe also shows a portrait of Europa, the architectural motif and a large € symbol. The new €100 and €200 banknotes also feature an enhanced emerald number. While the emerald number is present on all the other notes of the Europa series, this enhanced version also shows € symbols inside the number.