Prime Minister Robert Abela announced this morning, on One Radio, that Audrey Friggieri will be replacing Simone Azzopardi as the Commissioner against Domestic Violence.

On February 1st the government announced that Simone Azzopardi, former One TV journalist, will be resigning as Commissioner against Domestic violence due to personal reasons.

Domestic violence Commissioner will step down 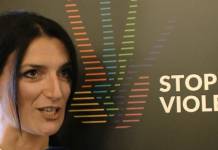 According to the press statement, the newly appointed Commissioner said that she will work to create more awareness about the reality of domestic violence in our society irrespective of social statuses.

She said she will continue working on the implementation of the strategy in line with the Istanbul Convention as well as assuring the increase of training given to professionals working closely with domestic violence victims. In the press statement, Audrey Friggieri also said that she will be the voice against any kind of violence.