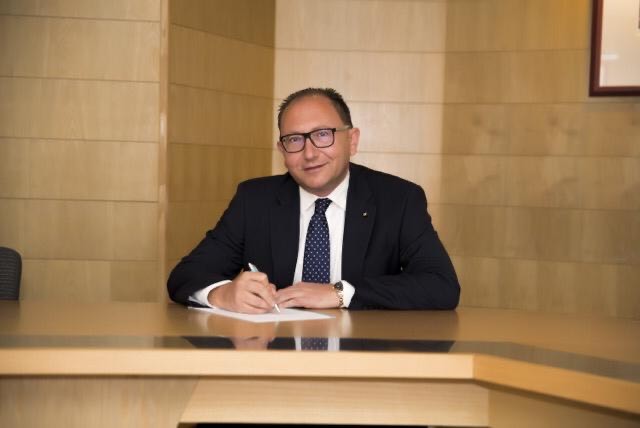 To mark the fifth anniversary since its establishment, the Malta Airport Foundation has unveiled a fresh visual identity, heralding the next phase for the non-profit organisation.

The rebrand, together with the appointment of a new chairman, comes during an eventful year for the Malta Airport Foundation, with the refreshed identity reflecting the vibrant settings in which it operates, ranging from the Mediterranean blues of our surrounding waters, to deep earth tones reminiscent of traditional Maltese landscapes.

A momentous 2019 saw the Foundation unveil the newly restored 17th-century Ta’ Xutu watchtower, which was the first project to be taken on in collaboration with Din l-Art Ħelwa.

The Foundation also made substantial headway on the restoration of the Combined Operations Room in Valletta, which is expected to be re-opened to the public early next year, and sponsored several local events, including the fifth edition of the Valletta Film Festival and the Joseph Calleja annual concert.

“Back in 2014, Malta International Airport set out to further develop the country’s tourism product by investing directly in Malta’s heritage and environment through the independent Malta Airport Foundation. Five years on, with a slew of successful projects already under its belt and a renewed vision for the future, the Foundation can look forward to completing the projects it has taken on, while exploring new partnerships and potential investment opportunities,” said outgoing Malta Airport Foundation chairman, Fredrick Mifsud Bonnici, while wishing his successor Josef Formosa Gauci a fruitful term.

“Mr Mifsud Bonnici’s contribution and leadership throughout these past five years have set the Malta Airport Foundation off on a strong footing. As I step into my new role, I look forward to continuing to work closely with the board as well as key stakeholders to enable the Foundation to continue preserving and promoting the identity of the Maltese Islands whilst honouring our country’s heritage,” said incoming Malta Airport Foundation chairman Josef Formosa Gauci.

Since its establishment, the Foundation has launched two underwater documentaries, putting the islands of Filfla and Comino in the spotlight, is currently supporting the ongoing excavation of a Phoenician shipwreck in Gozo and is sponsoring research work being carried out by the University of Malta on a triptych dedicated to the Virgin of Succours. Guided by its commitment to invest in the airport’s neighbourhood, the Foundation also partnered up with eNGO Żibel to commission sea bins in both Marsaxlokk and Marsascala.

Under new leadership and with a renewed identity, the Malta Airport Foundation will continue to invest in the preservation and conservation of local heritage, while also continuing on its mission of re-imagining local heritage as it brings forgotten or hidden aspects of Malta’s history and culture back to life.

More information about the Malta Airport Foundation’s projects may be found here.

Monique Agius   January 18, 2020
"No one should be prosecuted for aiding people in need. The EU directive on 'crimes of solidarity' needs reform," Rackete said.

Coryse Borg   January 17, 2020
The Malta Financial Services Authority has warned that AlphaEx is not a Maltese registered company and it is not authorised to provide any financial services in or from Malta.

Photographer awarded for services to tourism in Gozo