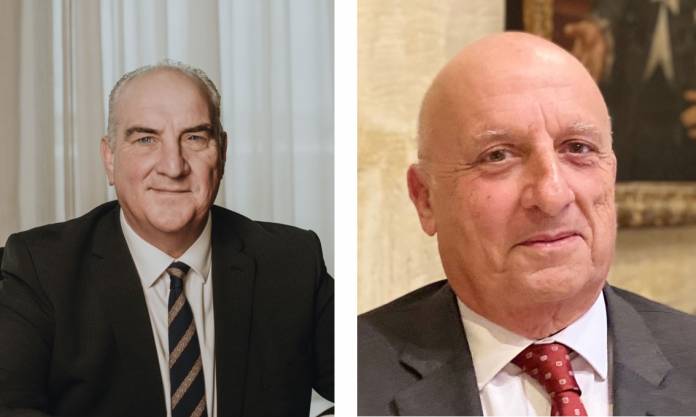 Rick Hunkin, Chief Executive Officer of Bank of Valletta p.l.c., has been elected Chairman of the Malta Bankers’ Association (MBA) for the coming year. His appointment was announced following the Association’s annual general meeting held on the 28th May 2020, at which meeting Joseph Said, Chief Executive Officer of Lombard Bank Malta p.l.c., was elected Deputy Chairman for the same period.

Hunkin thanked the association’s members for their support and confidence, which comes at a very challenging and momentous time for the banking sector and the Maltese and world economy in general. He paid tribute to the outgoing Chair and Deputy Chair, Marcel Cassar and Andrew Beane respectively, for the valid work conducted during the last two years amidst less than favourable conditions for the sector.

Hunkin added that he looked forward to working with all MBA member banks in driving an agenda which sees them supporting the Maltese economy in weathering the impact brought about by the COVID-19 pandemic.

Hunkin further highlighted the MBA’s role and importance during the current scenario where all local banks, irrespective of their operating challenges, co-operated through the MBA to ensure that uninterrupted banking services were made available to meet the needs of the local community and businesses.

He also reasserted the MBA’s full commitment to build on and to safeguard the good reputation of the financial services sector and to continue to collaborate with the relevant authorities in the common fight against money laundering and terrorist financing. Hunkin stated that the Association furthermore remains committed to actively promote cooperation, dialogue and advocacy between its members, the competent authorities and other relevant stakeholders.

In his capacity as MBA Chairman, Hunkin also represents the Association on the Board of the European Banking Federation. The MBA is a full member of the Federation which is committed to supporting policies that foster economic growth and jobs, and unites 32 national banking associations in Europe that represent some 4,500 banks employing about 2.1 million people and making loans in excess of €20 trillion available to the European economy.

Hunkin was appointed Bank of Valletta’s Chief Executive Officer and Executive Director on the Bank’s Board on 1 January 2020. He has extensive expertise in international, retail banking, mortgages and savings, risk management, change programmes and corporate governance infrastructure. Having started his career at NatWest and then LloydsTSB, he has over the last 35 years, covered a wide span of organisations and held seats on the Boards of several UK and overseas financial services companies.

Hunkin holds a Master’s in Business Administration from Manchester Business School and a Financial Studies Diploma – a degree level qualification obtained via the Chartered Institute of Bankers and Sheffield Hallam University. He has been elected a Fellow of the Chartered Institute of Banking in both England and Scotland (FCIB, FCIBS) for services to Banking and Education.

Joseph Said is the Chief Executive Officer and an executive director of Lombard Bank Malta. He started his banking career when he joined Barclays Bank, which in 1975 became Mid-Med Bank, where he served for seventeen years in all areas of the bank. In 1985 he took up a post in the private sector, where he involved himself in a number of new ventures and initiatives. Said returned to the banking sector in 1998 as Chief Executive Officer of Lombard Bank. In 2007, he was also appointed Chairman of MaltaPost p.l.c, the postal services operator in Malta and serves as non-executive director on the Boards of a number of other companies.