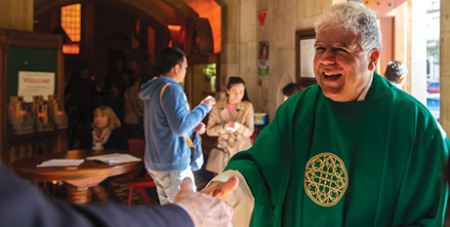 New bishop-elect for Darwin in Australia Fr Charles Gauci has decided to follow in the footsteps of Saint Ġorġ Preca and adopt the motto Verbum Dei Caro Factum Est.

Fr Charles Gauci said that he decided to adopt this particular motto due to the special bond that he has with Saint Ġorġ Preca.

Fr Gauci, who was a member of the community of Saint Ġorġ, was actually acquainted with Preca; in fact they lived on the same street. Fr Gauci also participated in the canonisation of the holy man in Rome back in 2007 and was also Parish Priest of the Preca Community in Australia.

Fr Gauci will be ordained at Saint Mary’s Cathedral in Darwin, Australia on the  23rd of September.