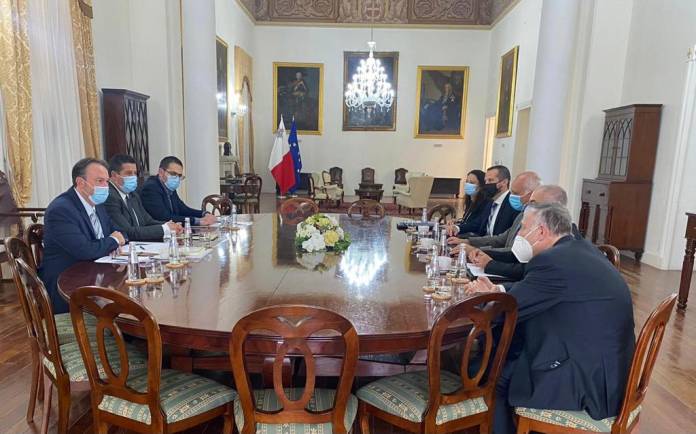 The proposed amendments are aimed to better equip the National Audit Office in its work intended to contribute towards the improvement of governance and performance of the public sector such as the introduction of new methods of auditing, improved coordination with stakeholders, and the refinement of existing practices, together with multiple other initiatives.

The following are some of the main proposed amendments;

The NAO said it encounters problems when it requires information from private sources, therefore it is proposing that it should have the power to request the provision of documents from private individuals, and to utilise the services of the Police, if deemed necessary, to obtain the required evidence.

The Auditor General should also be given the power to order the requisition of electronic equipment used for the storage of information.

The Auditor-General or a person from his Office delegated by him for this purpose may in connection with his functions under the Constitution or any other law, examine any person on oath on any matter pertaining to the audit in accordance with the Inquiries Act.

The Auditor General or his Office shall have the power to summon witnesses.

A new sub-article is also being proposed to allow the Auditor General to establish the manner in which a summons for attendance of witnesses is made, thereby aligning the law with the Office’s practices.

The NAO said it is at times faced with situations of uncooperative witnesses and therefore it is proposing that in a situation were a person fails to appear the Auditor General may call on the Police to compel such person to attend.

It is being proposed that the Auditor General should retain, in relation to retired public officials, those same powers as he had in their respect when they were still in office.

A public official cannot fail to attend to give evidence because they no longer hold office.

A person is not excused from producing a document or answering a question posed by the Office on the ground that the answer, or the production of the document, might tend to incriminate the person or make the person liable to a penalty.

Any information or documentation provided whether requested by the Office or provided voluntarily, shall not be producible as evidence against the person by this Office

No officer from the National Audit Office may be summoned in any criminal proceedings to give evidence on such matters. (Provided that the Auditor General may disclose confidential information to the Commissioner of Police if the Auditor General is of the opinion that such disclosure is in the public interest.)

To strengthen this Office’s powers and to ensure that all persons or bodies holding or using funds belonging directly or indirectly to the Government of Malta are subject to the scrutiny of the NAO, amendments were made to reflect the constitutional amendments already proposed.

Similarly, the list of possible auditees was introduced with the text further amended to place emphasis on the reporting element conducted by the Office, since it is the Office’s practice to have all examinations undertaken reported on.

In the amendments it was expalined that the constitution provides that the Auditor General and the Deputy Auditor General are not subject to any authority or control and it is being considered that it is important to assimilate the notion of autonomy and independence to NAO officers as well. Moreover, the notion of confidentiality is also being introduced to avoid any breach of information.

The Auditor General, and all authorised officers of the National Audit Office, shall be entitled to free access at all reasonable times to any information from any person subject to his audit. They shall be entitled to receive from any person such explanations and/or documentation including electronic data as they may deem necessary for such purposes.

The Auditor General may also cause searches to be made in, and copies and extracts to be taken from any books, documents, electronic data or records existing in any government entity.

The Office noted how officers carrying out an audit may be requested to take an oath of secrecy as required by law to be taken by any person employed with that department, office or body being audited. This requirement goes against the fundamental principles of the NAO, which Office is bound to report on findings emerging from audits being undertaken.  The NAO proposes that the reference to the oath of secrecy is removed.

Another amendment being proposed is that if for whatever reason the name og the National Audit Accounts Committee, is changed or the functions to it are discharged by any other Committee, the provisions of the Act in respect to it should still continue.

Minister Edward Zammit Lewis expressed his appreciation to the delegation for these proposals and indicated that the State Attorney, Chris Soler, would be reviewing the submissions and providing advice on the proposals.