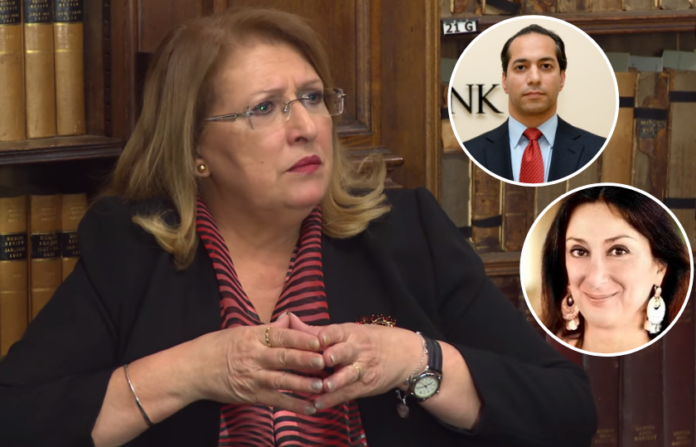 The President has said coverage of her Pilatus Bank comments at the Oxford Union last month, have been taken ‘completely out of context to create sensationalism.’

In her clarifications to the Maltese media, the President explains that when she was talking about not knowing of any ‘legal proof of what Pilatus Bank was doing’, she was actually referring to the evidence set to be brought up in the US court against the Pilatus Chairman, Ali Sadr Hasheminejad.

She also clarifies that the closing of Pilatus Bank followed the start of legal proceedings by the United States against the chairman, when he was accused of going around sanctions against Iran through his own business dealings in Venezuela.

There are ‘no legal proceedings against the bank are underway in Malta.’, she concludes.

Malta’s head of state, President Marie-Louise Coleiro Preca, told an audience at the Oxford Union, there had ‘never been legal proof’ of misconduct by Pilatus Bank.

The President made these comments earlier this month, during her hour-long address to Oxford University students.

When asked at the beginning, what the country had learned from the scandal surrounding the Pilatus Bank, the President closed down the question saying ‘Pilatus Bank is closed,’ and stating that, ‘there has never been legal proof of what Pilatus Bank was doing’

She explained that the bank was not part of a legal case being brought by the US courts against the former chairman, Ali Sadr Hasheminejad.

He is accused of moving $115m through the US and into Venezuela, avoiding key sanctions.

Last year, the European Central Bank stripped Pilatus of its licence, following it being placed into administration and Hasheminejad’s arrest.

Scrutiny of the bank continued when it was alleged by Daphne Caruana Galizia  that the bank was a key hiding place for millions in un-laundered cash.

Despite the closing of the bank, the bank’s key figures said that it had been a ‘witch-hunt’, which prompted them to sue the MFSA for actions they considered beyond its capabilities.

John Paul Cordina   August 4, 2020
The Chamber of Advocates has approved a new council which will be serving for the coming three years, confirming Louis de Gabriele as its president.