The compilation of evidence against four individuals who have been accused of Pace’s death through negligence and involuntarily damaging third-party property continued on Thursday morning.

The incident happened on March 2 in Triq Joseph Abela Scolaro in Ħamrun.

During today’s court sitting two Police Officers from the Hamrun and Marsa Police Station testified in court. A number of neighbours also gave their testimony.

"It was initially at a corner at the back of Abela Scolaro road and then moved closer to the property of the Pace family."
Amy Borg
11:58 He recalls his wife telling him she was on the phone with their daughter when she felt a tremor.
Amy Borg
11:58 As he arrived he immediately looked for his wife who was terrified and desperate.
Amy Borg
11:57 The witness says that there was so much confusion.
Amy Borg
11:56 Due to his work, he had to visit the site in Gwardamanga when houses had collapsed – " But when you actually see your home the emotions are totally different" – stated Zerafa.
Amy Borg
11:55 "As I arrived I could not believe what I saw. It was a scene I do not want to see again ever in my life" – said Zerafa.
Amy Borg
11:54 David Zerafa says while driving back to Hamrun he was so anxious.
Amy Borg
11:53 He is now giving details on the day the house of Miriam Pace collapsed; He was at work in Zabbar, his wife called him – she was crying.
Amy Borg
11:52 Carmel Pace and his daughter are present in court attentively listening to the testimonies.
Amy Borg
11:51 Zerafa explained to the court that the architect told them they will dig a hole in the middle of the plot to assess the type of stone.
Amy Borg
11:51 This happened around a month before the tragedy.
Amy Borg
11:49 They were concerned whether the contractor was using a trencher or not for rock-cutting.

Lawyers Michael Sciriha, Roberto Montalto, Lucio Sciriha and Franco Galea are counsel to the contractor.
Amy Borg
10:58 Lawyers Joe Giglio and David Bonello are appearing for the Pace family while Dr Stefano Filletti is assisting other neighbours.
Amy Borg
10:54 Welcome to this live blog.
Amy Borg
10:54 Good morning.
Amy Borg
‘Victim was so anxious that she made psychologist appointment’ 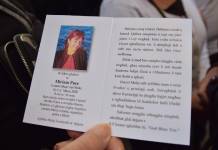 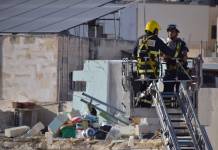