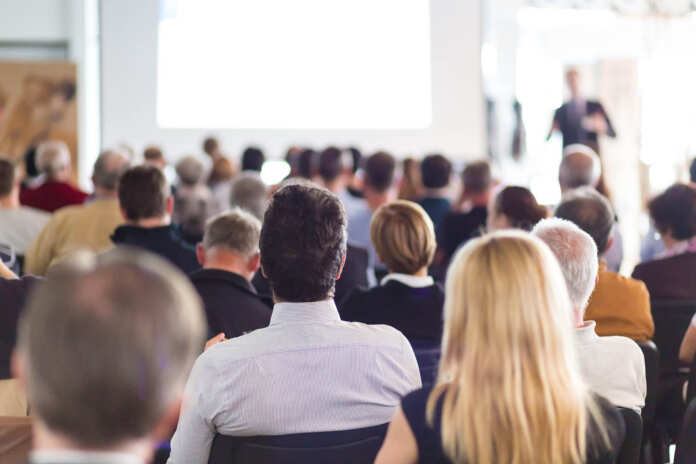 Anyone interested in Blockchain will soon have a chance to learn from industry experts in a unique talk being held at the Palazzo de la Salle in Valletta on the 28th March.

Designed for absolute beginners to the world of blockchain and cryptocurrency, the exciting talk explores what the industry could mean for Malta’s future, in an event that also includes a fun panel discussion and a Q&A session moderated by Jo Caruana.

In 2018 Malta cemented itself as ‘The Blockchain Island’, with the launch of three world-first legal bills that established a regulatory framework for cryptocurrencies, blockchain and DLT in general, and through the much-anticipated first Malta AI & Blockchain Summit held last November. Now, Malta is preparing to become an even greater pioneer in the blockchain industry, with further regulation planned and the 2019 Malta AI & Blockchain Summit to be held on the 23rd and 24th May at the Hilton Malta.

“Blockchain for Beginners will help prepare the next generation of potential blockchain experts, just as Malta is becoming renowned worldwide as The Blockchain Island,” explains organiser James Wicker. “Since we understand that the Maltese government is considering a fourth bill regarding blockchain, and the Summit in May promises to be another valuable opportunity to network and discuss this world-changing new technology, there has never been a better time to learn about blockchain.”

Mr Wicker is a technology consultant with experience advising large multinational corporations on the likely impacts of breakthrough technologies on their respective industries and on the wider implications for society. For the past few years, he has led the marketing efforts of several Blockchain ventures and is a firm believer in the many opportunities to leverage distributed ledger technologies as a force for good.

He will introduce the panel discussion by sharing a short presentation on Blockchain, some of its use cases and the reasons why some judge it to be “bigger than the internet”.

The speakers at this one-off event will be three experts who are quickly becoming leading names in this fast-growing global industry: Jasper de Trafford, Matthew Sacco and Mark Bugeja.

With an extensive background in finance and asset management, Jasper de Trafford moved back to Malta to take over his family interests including the landmark historic estate of Villa Bologna. He is also a Director of Zeta, an advisory firm operating in the fintech area with a focus on Blockchain.

Matthew Sacco meanwhile is a Blockchain Developer at Ledger Projects, with a focus on the Ethereum Blockchain App platform.

Completing the speaker line-up is Mark Bugeja, who brings to the event a high-ranking management background with the likes of Playmobil Malta, GlobalAir Travel and Chamber College Malta, which he co-founded. Mr Bugeja joined the Fintech, crypto and blockchain ‘revolution’, as he calls it, in 2017, delivering talks on this emerging technology to various businesses across Malta. Today, he is Chairman of TECH MT, which is a joint international marketing arm for the promotion of new emerging Fintech companies wishing to invest in Malta.

While these new technologies look to Malta’s future, Blockchain for Beginners in fact will also help to conserve a vital part of Malta’s past, namely Valletta’s iconic skyline. The Save Valletta’s Skyline Appeal aims to raise more than €8 million to fund vital restoration work on the tower, spire and structure of St Paul’s Pro-Cathedral in Valletta, which will ensure that the Cathedral’s silhouette will remain in the capital’s famous skyline and continue to be a stunning backdrop for years to come for The Blockchain Island.

Blockchain for Beginners – a talk in aid of Save Valletta Skyline will be held at Palazzo De la Salle, Valletta on 28th March 2019 at 6.15pm. Tickets may be booked in advance via email on petragd@guisthall.com. This event is sponsored by Charles Grech and Fifth Flavour.

Coryse Borg   February 26, 2020
The Startup Action is an event held on a yearly basis in Malta by the European Startup Hub, providing you with the full experience of a startup. This is the place to meet your co-founders and various mentors to help you get started with building a real company.

Winners of the Carnival photo competition

Coryse Borg   February 27, 2020
The winners of the Newsbook.com.mt competition for best carnival photo have been announced.