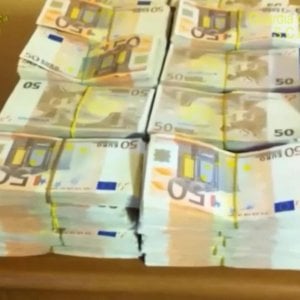 The Guardia di Finanza in Reggio Calabria has frozen the assets of online gaming overlord Antonio Ricci. La Republica states that Ricci aged 43, is one of the kingpins of the ‘Ndrangheta and processes online betting. Ricci lives in Malta and, last April, Magistrate Consuelo Scerri Herrera refused calls for extradition to Italy since he was being investigated not accused of a crime.

Operation ‘Galassia’ was the investigation which resulted in the asset freezing carried out on Wednesday, some €400 million net worth, as the investigators consider that the estate was all derived from illicit dealings laundered through the online gaming empire.

La Republica reports that this business also involves some of the most ‘distinguished’ ‘Ndrangheta families such as the De Stefano, Tegano, Pesce and Bellocco. These families found in online gaming not only an amazingly simple hideout for their ill begotten gains but also a lucrative money spinner as well as a money launderer.