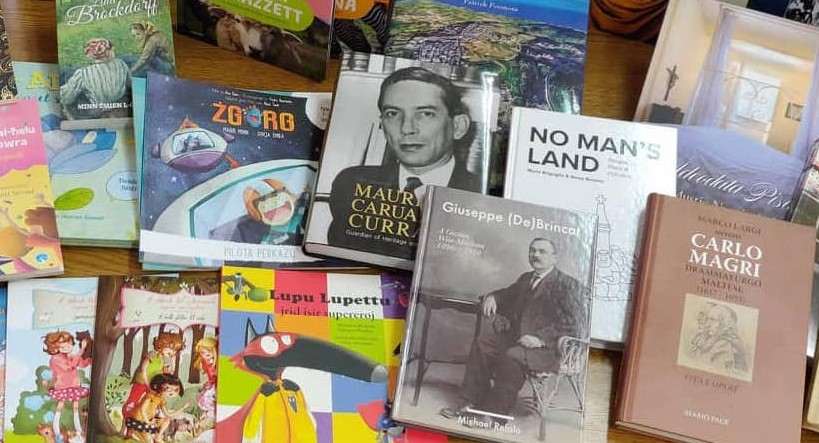 The 2019 shortlist for the Prize was released earlier this month and bears evidence of changes in trends that are worth noting. As compared to last year’s eight shortlisted books in the ‘Novels in English and Maltese’ category, only three works have been shortlisted this year. Two of them are by established writers Clare Azzopardi and John Portelli, both making their debut in long-form fiction with page-turning murder mysteries – respectively Castillo and Kulħadd Barra Fajża. The third shortlisted book, The Reluctant Healer, is by veteran author Lou Drofenik, who won the prize for novels two years ago, and will be also launching her new novel at the Malta Book Festival 2019.

Unlike last year, the books in the ‘Short stories’ category outnumbered novels. One can find established authors in this genre, the likes of Trevor Żahra, Joe Friggieri and Lina Brockdorff, but one should also look closely at Rita Saliba and John P. Portelli. The poetry category features only two titles, the English-language collection Framed by Maria Grech Ganado, and Louis Briffa’s second Maltese poetry collection Bil-Boqxiex. Only two books have been shortlisted in the new ‘Literary non-Fiction’ category: Richard England’s literary autobiography Chambers of Memory: Roaming the Mansions of Mnemosyne and No Man’s Land: People Place Pollution, by Marie Briguglio and illustrated by Steve Bonello.

Another interesting feature concerns the high number of books shortlisted in the research categories (‘General’, and ‘Biographical and Historiographic’), ranging on various themes, from Maltese culture, traditions and folklore, to history, football, art and literary criticism, as well as books on various Maltese and foreign public figures. One can notice that the shortlisted titles in the ‘Biographical and Historiographic research’ category were almost equally distributed among the two areas of research: six titles concerning historiographical research, and six biographies. These categories can also boast books with high quality pictures by renowned Maltese photographers, accompanying the thorough research material.

All shortlisted original and translated works in the Terramaxka category are written in the Maltese language and show a steady increase in the quality and number of original and translated works published for children and adolescents in Malta. The shortlisted authors are in many cases established writers of children and young adult literature, but this year new illustrators and writers also feature in the shortlist.

Year after year the shortlist provides a reliable guide to the best quality literature published over the preceding year. All the books will be available for sale at the stands of the publishers and booksellers at the Malta Book Festival 2019, from the 6th to the 10th November 2019 at the Mediterranean Conference Centre, Valletta.

Watch: “Stories can be both a mirror and a window”

Watch: “Every single walled city in my books is Valletta”

Join the Faraxa fun at the Malta Book Festival

Monique Agius   July 6, 2020
Son of slain journalist has dismissed calls for Yorgen Fenech to be given pardon.

Reuters   July 4, 2020
Global coronavirus cases exceeded 11 million on Friday, according to a Reuters tally, marking another milestone in the spread of the disease that has killed more than half a million people in seven months.