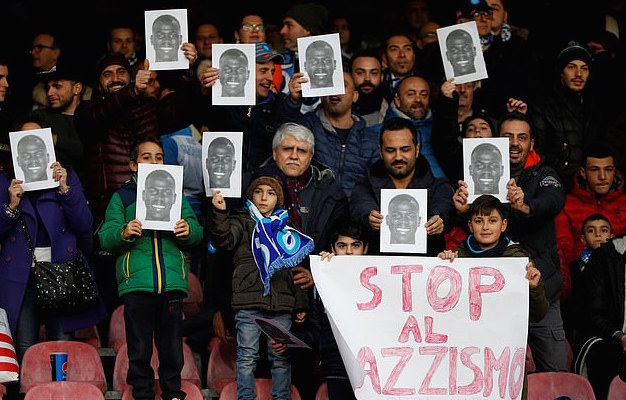 Napoli fans wore masks of Kalidou Koulibaly to show their support towards the Senegalese defender who was subjected to monkey taunts during the match against Inter Milan.

On Friday, Koulibaly’s team-mate Ghoulam Faouzi took to Twitter to voice his thought on the matter:

“Football, like all sports, is a game. And all the games are passion, fun, freedom: And in freedom we are all alike! Tomorrow we will all be Koulibaly!”

Napoli lost the match against Inter but returned to winning ways against Bologna thanks to a late winner by Belgian striker Dries Mertens.