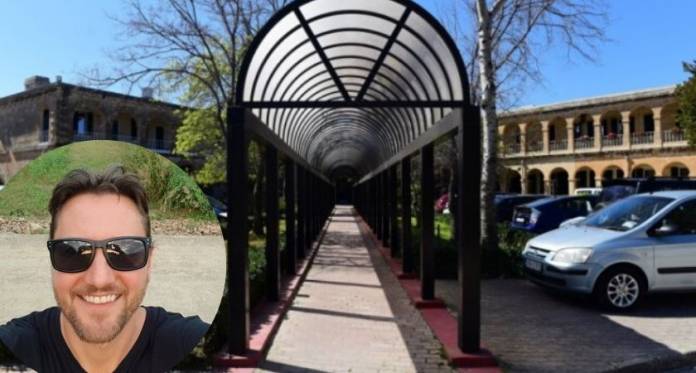 A formal complaint asking the National Audit Office (NAO) to investigate a ‘ghost contract’ at the Planning Authority has been filed by The Daphne Caruana Galizia Foundation.

In a statement on Sunday, The Daphne Caruana Galizia Foundation explained that a Freedom of Information request concerning the engagement of Nicholas Wright who is known to have acted for former disgraced Prime Minister Joseph Muscat in his 2013 and 2017 electoral complaints was initially filed.

The Foundation said that the contract and other information related to a direct order awarded by the Planning Authority to Wright had been ‘lost’, either deliberately or accidentally.

In December 2013, Sentio, a company through which Wright provided services, was sold to Luntz Global Partners and Wright became an employee of the firm, according to his own LinkedIn profile.

On 26 February 2018, Minister Ian Borg who was responsible for the Planning Authority had said in parliament that the PA had engaged Nicholas Wright by direct order to provide consultancy services.

The direct order was awarded on 23 November 2013 and was stated as being for €39,000 per year, excluding VAT, over three years.

The Daphne Caruana Galizia Foundation submitted a freedom of information request to the Planning Authority requesting its correspondence with Wright, contracts or engagement letters with him, internal correspondence and minutes of internal meetings regarding his appointment, invoices he had issued to the Authority, and any documents related to work he did in connection with the direct order issued to him.

The Planning Authority had supplied two invoices for €9,750 issued by Wright, in response to the FOI request. The foundation subsequently challenged the response noting that most of the documentation requested, including a copy of the contract with Wright, was missing.

The Authority responded with a declaration signed by the then Executive Chairman, Johann Buttigieg, that the “requested additional information cannot be provided as it could not be found.”

A formal complaint to the Information and Data Protection Commissioner was submitted by the Foundation. The IDPC could neither could prove nor disprove whether the missing documents were deliberately or accidentally destroyed with the its limited powers. It concluded that while the PA followed the letter of the law in its handling of the FOI request, the IDPC is “not satisfied” with the way records are kept by the Planning Authority, that the facts of the case are “indeed worrying” and that it “does not augur well for accountability and transparency”.

The Foundation asked an independent data protection lawyer to examine the decision handed down by the IDPC.

The lawyer remarked that the IDPC’s powers were limited and could not order a complete forensic search of the Planning Authority’s services in order to investigate the matter thoroughly. Such an investigation would require police assistance. He underlined that the FOI law was based on the fundamental premise that documents are effectively kept and filed.

“If that principle flies out of the window — as in this case — the IDPC is effectively emasculated,” the lawyer was quoted saying.

“Given Wright’s involvement in the 2013 and 2017 electoral campaigns, the non-availability of documentation raises serious questions about the nature and purpose of his engagement by the Planning Authority, and about the reasons for the absence of documentation covering the use of public funds to engage his services,” the Foundation said.

The Foundation noted that for a direct order of a significant value to an electoral campaign worker of Muscat, there is evidence that the contractor was paid but no evidence that work was done.

“This raises suspicion that a public appointment was used to embezzle funds in return for services to a political campaign.”

The Foundation filed a formal complaint with the NAO saying that “Much like the Auditor General cannot fulfill its functions if essential records are not properly kept, the Freedom of Information Act is dead-letter law if information and documents ‘cannot be found’.”