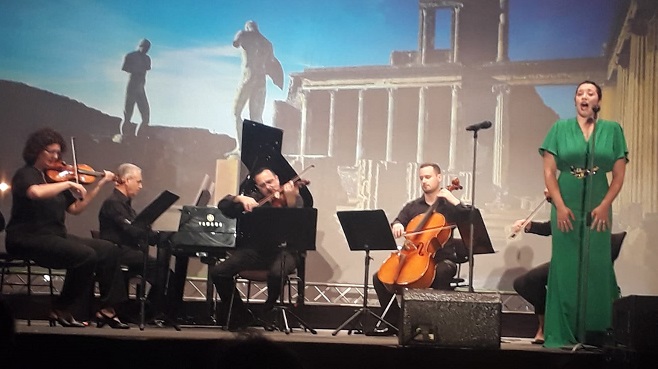 What I missed most during the COVID-19 lockdown was live music. It never hit me so much as when I went to a concert in the APS MPO series at the Harbour Waterfront, Valletta. The public was seated in pairs arranged at social distancing and there were never more than 6 people on stage at any one time. String players from the MPO and Michael Laus at the piano provided accompaniment in all but one item. All arrangements were by Michael Laus. That exception was the in the witty and high-spirited interpretation of Hahn’s song cycle Venezia brilliantly sung by soprano Tatiana Lisnic. She was accompanied by harpist Britt Ahrend.

One must declare a priori that the three other singers were equally on top form in a veritable feast of beautiful voices. They sang to various instrumental combinations which could be just piano, a string quartet, trio or quintet and even piano quartet. The lights were effective and backdrop changes were according to theme and mood of each piece.