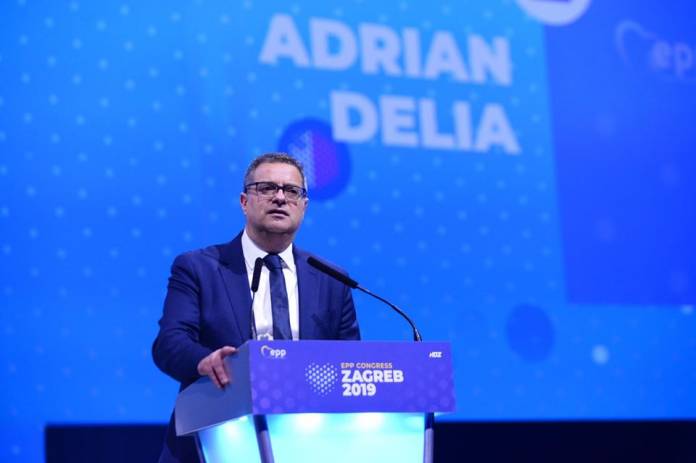 The Leader of the opposition Adrian Delia, appealed to the President that the Prime MInsiter JOseph MUscat should resign mmediatelay. In a televised address, Delia said that in his afternoon meeting with the President, he had advised Dr Vella that information had been made public that Muscat and his chief of staff Keith Schembri had attended meetings with the security services. Delia said that in these meetings, details of the investigation on the murder of Daphne Caruana Galizia, had been made in the presence of both men. Delia said that the position of the Prime MInister had become unteneble and said that the only way out for Muscat wass to resign forthwith.