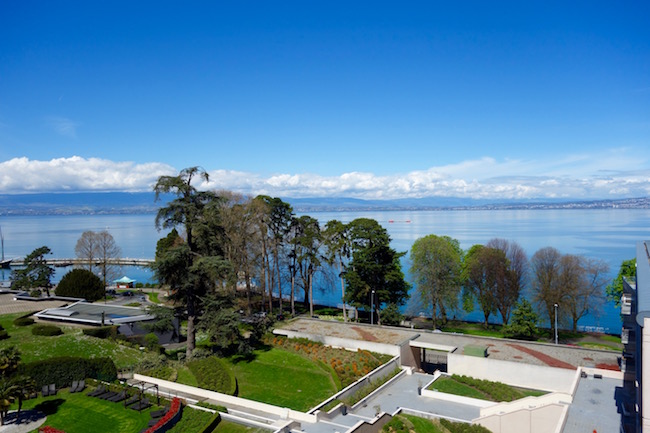 A business-with-pleasure in the French Alps and Brussels by former PM Joseph Muscat came under scrutiny as the Times of Malta reveal details. A report with details and Muscat’s reaction was carried by the medium, underscoring the proximity between Muscat and Yorgen Fenech currently undergoing hearing of evidence as the accused mastermind for the murder of Daphne Caruana Galizia.

The trip is believed to have occurred in April 2017, before the murder of the journalist and around the time that the Panama Papers revelations were breaking. The Muscats were holidaying with the Zammit Lewises at the Evian-Les-Baines Hilton on the shores of Lake Leman, owned by Yorgen Fenech. The French-Swiss border cuts across the scenic lake. From the resort, Muscat and Zammit Lewis took Fenech’s private jet to the Special Council of the EU.

Former prime minister Joseph Muscat has confirmed he holidayed at a hotel in France owned by alleged murder conspirator Yorgen Fenech but has failed to answer questions about whether the trip was a gift.

Muscat confirmed to Times of Malta that he travelled with his family and that of Justice Minister Edward Zammit Lewis to the Évian-Les-Bains Hilton in northern France.

Muscat said: “The stay in France some years back was part of a family holiday, and no local taxpayer or EU funds were used.  We travelled from and back to Malta on commercial flights and paid accordingly… I flew via private flight to the meetings.  The said cost is borne by the European Union, irrespective of the place of departure.  The same would have happened had I been in Malta.”

Muscat told The Times that he had asked Zammit Lewis to accompany him given that the latter was a cabinet minister and added that the summit had been called at a short notice.

The rule of law NGO Repubblika said that it is clear that Malta is currently in the grip of an oligarchic leadership and expressed its concern at “how the Prime Minister and a minister of government went on a holiday paid by Yorgen Fenech”. This, said the NGO, in a context of an unfolding scenario of revelations of “unacceptable friendships and favours between big business which used its ability to procure gifts, privileges and compliments and politicians who wre responsible for the decisions to be taken in the country”.

Repubblika said that it is clear that “the friendship between Joseph Muscat and Yorgen Fenech is symptomatic of the atmosphere in which the greatest act of corruption ever concocted in recent history, that of Electrogas. The subsequent murder of Daphne Caruana Galizia and the evidence which has so far been heard indicated that this scandal may have needed cover-up”