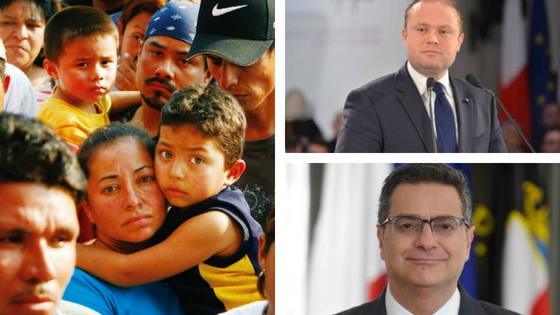 Malta’s political leaders made reference to the issue of immigration in their discourses, on their respective party media.  The Prime Minister, Joseph Muscat, referred to the statements Italy’s Minister of the Interior, Matteo Salvini’s made about Malta’s responsibilities in immigration. He said that the best solution is to sit down and talk.

The Prime Minister, will be attending a formal meeting about immigration in Brussels on Sunday. He stressed that during this meeting, he will maintain his position which he has maintained for the past five years. Muscat assured that Malta’s position is to emerge from a balance between human dignity and social interest. He emphasised he will not let anyonegamble on people’s lives, but he will not let anyone ‘gambleon the country either’.