In a hard hitting editorial, The Sunday Times of Malta explains why the paper together with other media houses are appealing people to join in Sunday’s afternoon demonstration in Valletta.

“Journalism has had a major role in exposing and communicating the wrongdoings of those in power and holding them up to the bright light of public scrutiny. This is journalism that acts as the people’s watchdog, works for justice, upholds democracy and champions the rule of law.

We share the values of those who will gather in front of parliament today. The people’s fight is our fight.”

The paper says that it backs the protest because for as long as Joseph Muscat remains in office, the investigation into Daphne’s murder risks being tainted. 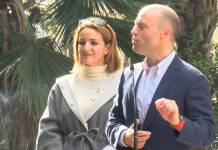 It says that the demonstration belongs to the mass of concerned citizens demanding a return to the basic rules they expect to be governed by: don’t cheat, don’t lie, don’t steal… don’t kill. The editorial insists that Muscat must go now.

Not one day longer in Castille

The Malta Independent on Sunday gives readers two instead of one editorial. The first one appeals to the new leader of the Partit Laburista, whoever they will be, to clean the house by getting rid of several characters including Chris Cardona, Konrad Mizzi and Sandro Craus. But most of all, they must work to do away with the mentality of clientelism, corruption and the defence of the indefensible.

The second editorial is titled “A million unanswered questions … Muscat and Schembri cannot keep hiding.” It lists some of these questions but leaves the best beef for the conclusion. It reminds readers that the retailers’ association said that the situation had directly led to a 50% drop in sales and told Muscat in no uncertain terms that he should not stay in Castille a day longer.

The paper’s parting shot is significant: “The damage is already being done and it is up to Muscat to stop it.”

How much will Joseph Muscat take down with him?
Malta Today in its editorial tries to answer the question posed by its title. Its answer is depressing. There is more than just chaos and an abnormal situation. For the editorial of Malta Today the situation is also dangerous.

The paper however sees a silver lining: Muscat’s peremptory fall from grace has now exposed the intersections between politics, big business and organised crime. The paper says that the new prime minister has a tough task ahead.

Editorials of papers in Maltese

Il-Mument in its editorial described the Office of the Prime Minister in Castille as the centre of a Mafia based plot. It says that Malta can only survive if it gets rid of Muscat as soon as possible.

It-Torca writes that it is shocked by the position of those who are urging a boycott of L-Istrina. There are too many organisations and individuals who benefit from the money collected during L-Istrina.

Il-Kullħadd comments on the emotion of anger and sadness that are affecting different supporters of the Partit Laburista. While some are angry as they feel betrayed by some, others are sad because this betrayal led to the resignation of Prime Minister Muscat.

The independent paper Illum stresses the need for the Partit Laburista to make the best choice as leader of the party. It also lists the challenges that this leader will face.