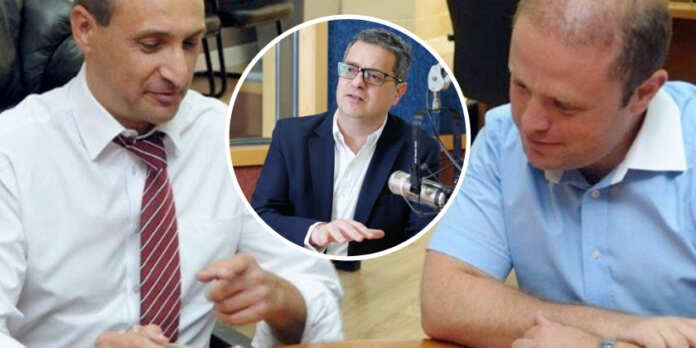 Opposition leader Adrian Delia called what he described as the semblance of a tacit areement between the Prime Minister and Vice Prime Minister for Neville Gafà to work in the Ministry for Health voluntarily “a diabolic compromise.”

Whilst speaking live on NET Fm, the party radio station, Delia said that Prime Minister Joseph Muscat and Minister for Health Chris Fearne had to reach a diabolic compromise following their disagreement on Neville Gafà, as Fearne fired him and Muscat spoke highly of him. Delia said that he followed the Gafà story with anger, as this was an unjust move towards the whole voluntary sector, and a sad way of doing politics.

The Leader of the Nationalist Party also said that the Prime Minister has found himself in a tricky situation as his hands are tied due to his ministers being on different fronts. Delia mentioned that ministers such as Chris Fearne and Evarist Bartolo want Muscat to right his wrongs by firing Konrad Mizzi, whilst Mizzi urges him to keep him on.

Delia also spoke about those who are lonely in these festive times, and said that he’s met several people who told him that once their lease is up, they’ll be lucky that they have a car in which they can stay, as they won’t afford to renew their lease. Delia praised the initiative taken by Caritas in organising Christmas lunch for those who have nowhere to go on Christmas day.