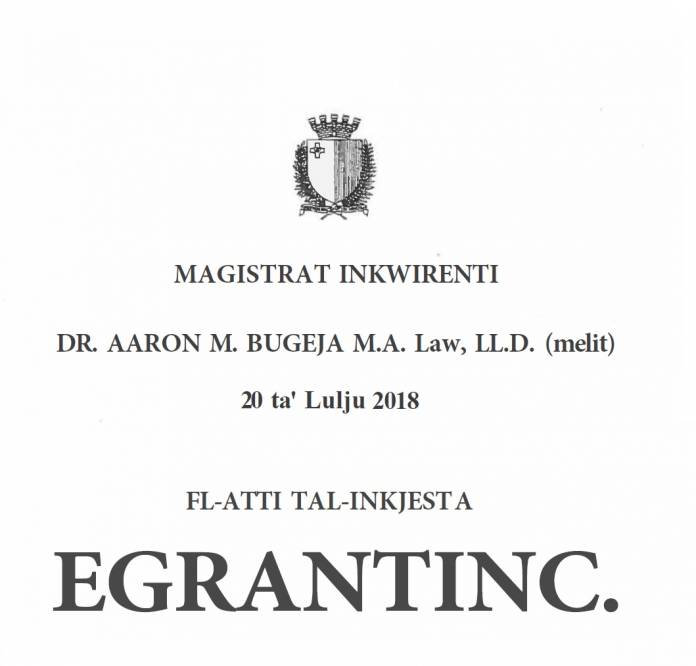 Prime Minister Joseph Muscat said that he had gotten rid of the ‘irritation’ which was the Egrant inquiry report, thanks to the Opposition Leader after the inquiry was entirely published by the latter.

Expressing relief at ‘having got rid of a stone in his shoe’, Muscat said that if the current investigations are prejudiced due to the full publication of the report about the Egrant inquiry, then Adrian Delia should shoulder all the responsibility.

During an interview on the party radio, Muscat maintained that the Attorney General had advised him not to publish the document so as not prejudice any pending investigation. He further added that if Delia has different advice than that of the Attorney General, then he should make sure that he publishes these as well. He insisted that if he prejudices the investigations and interferes in the prevalence of justice, he is ready to take on responsibility for this. He said that he finds no problem with pointing his finger to the necessary direction, once any related information is unearthed.

“The inquiry reflects the lies about my family”

Muscat said that the publication of the Egrant inquiry fully shows the extent of the lies against him and his family. He said that he is now in a better position to speak freely. “The lies against me and my family are evident…it is now even clearer that a very “smart” person has forged signatures”, the Prime Minister said.

“Once I am a private citizen, I will fight for justice”

The Prime Minister declared that as soon as he becomes a private citizen, he will make sure that justice is done. “I expect justice to be done to me and my family and that there is a full investigation which will reveal who were the people who forged the signatures…from the evidence which is readily available to the public, it seems like everyone is pointing fingers at each other,” the Prime Minister said.

“The only PM who opened a self-investigation”

Muscat remarked that he was the only Prime Minister who opened a self-investigation. He further explained that as soon as allegations started to come out, he immediately went to the Magistrate.  He claimed that although Delia himself has great allegations to answer to, he never gave himself up for investigations.