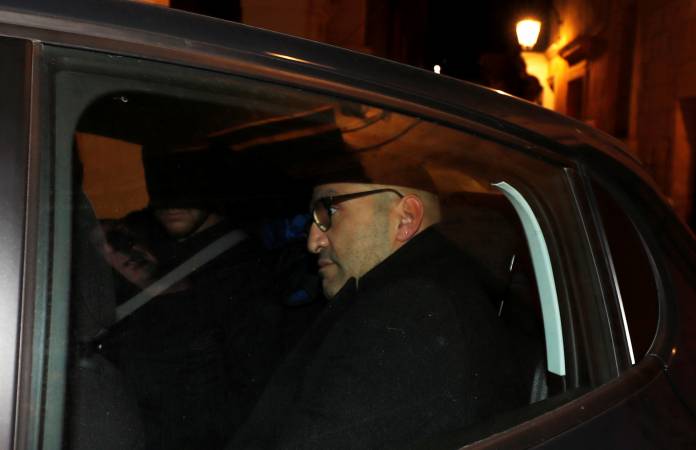 Murder suspect Yorgen Fenech who stands charged with complicity in the murder of journalist Daphne Caruana Galizia has called for the “suspension or termination” of the public inquiry into the murder claiming that it is breaching his human rights.

Fenech who is represented by Juliette Galea in proceedings related to the public inquiry has written to the Council of Europe requesting immediate action to safeguard the integrity of all ongoing judicial proceedings. He claimed that his rights to a fair trial and to respect for private and family life are being breached.

His legal counsel demanded that the necessary steps in the interests of justice are taken including suspending or terminating the public inquiry until his rights as a person subject to criminal proceedings in relation to the assassination may be correctly determined and safeguarded at law.

“At this stage of the proceedings, legal representation, at minimum must provide Fenech with accurate and complete copies of all the records of the proceedings held so far in the public inquiry, whether in public or restricted, and giving him the opportunity to “record his reactions” within the acts of the inquiry.

The former Electrogas director was arrested in November 2019 over the murder. He is currently facing criminal proceedings before the Court of Magistrates presided over by Magistrate Rachel Montebello.

The public inquiry is tasked to find out if the state could have prevented the murder of the journalist, who had exposed corruption at the highest levels of power in Malta. The board of public inquiry is chaired by Judge Michael Mallia and composed of Chief Justice Emeritus Joseph Said Pullicino and Madam Justice Abigail Lofaro.

In his letter, Fenech also complained about the make up of the board, the lack of a counsel to guide it and its failure to consider three requests seeking it to comply with Fenech’s human rights.