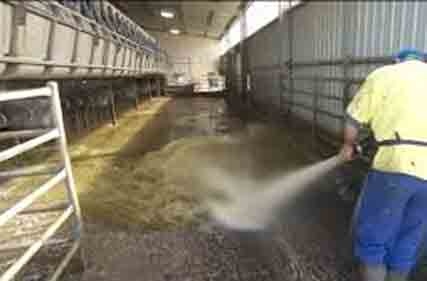 The Environmental Health Directorate did not give its go ahead when consulted on a development application which would see an existing bovine farm upgraded with the capacity to process effluent from other farms.

The Directorate’s reply was also cited in the Case Officer’s Report which recommended against the approval of development application PA/02406/18. The Directorate said that the water did not meet the established requirements and recommendations from a public health aspect.

The proposed development is in an ‘out of development zone’ (ODZ), and the hearing is scheduled for the 28th September 2018.

The Case Officer’s report, which was published on Monday, recommends that the development application be refused. The Case Officer said that the proposed manure treatment facility exceeded what could be considered legitimate or necessary within the rural area and should be in a suitably identified area for waste management.

Furthermore, the Case Officer’s report cites the reply given by the Environmental Health Directorate in which it stated that it did not approve of the facility as the water generated would not meet the established requirements and recommendations from a public health aspect.

Both Munxar and Sannat local councils have objected to the animal sewage treatment.

Various other entities have also objected, saying that the development would generate odours close to residences. Others have objected on the basis of the increase in vehicular movement which would result in a degradation of the area.

The Environment and Resource Authority stated that the application was subject to an Environmental Impact Assessment screening.