The Kamra tal-Periti noted that despite the government committed itself in writing to take on the necessary measures, the much-needed reforms have not as yet been implemented. In a statement on Tuesday, KTP said that it was deeply saddened by the building collapse which prematurely claimed the life of Miriam Pace, forever shattering family’s serenity as a result of yet another serious construction incident. The KTP expressed its heartfelt condolences to the victim’s family. 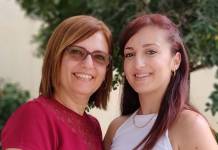 The KTP said that while there has been some initial progress has been made such as the setting up of the Building and Construction Agency, the same agency remains “severely under-resourced and incapable of tackling the complexities of the building industry”. The Chamber added that has been little progress in all other areas.

The Chamber noted that while various sectors received the government’s attention, the construction industry, despite its contribution to the country’s economy, it remains the most “unregulated” one, “claiming the lives of innocent persons on all too regular basis.

“Government is called upon to demonstrate firm resolve to urgently but diligently bring about the necessary reforms,” the statement reads.

Since 2007, the KTP has been calling for a comprehensive reform of the construction industry. In its statement, it noted that “it is painfully clear that the crisis that befell the building and construction industry last year has not been resolved through hastily drafted regulations that were brought into force in July 2019”.

Disgraced former Prime Minister Joseph Muscat had suspended all excavation and demolition works last summer following a string of events. It then proposed a new set of regulations.

The framework focussed on a number of principles including:

The second reform was the promulgation of a revised law to regulate periti in order to ensure that the profession can modernise itself, that the Kamra’s role to hold warrant holders accountable is strengthened, and that mandatory professional indemnity insurance and continuous professional development are introduced.

The third demand consisted in the repeal of a legal notice of 2019 as part of the overhaul of the regulatory framework. The Kamra said that it had consistently maintained that the regulations brought into force last year did not adequately address the crisis, but rather made the situation worse by adding further confusion on the roles and responsibilities on construction sites.