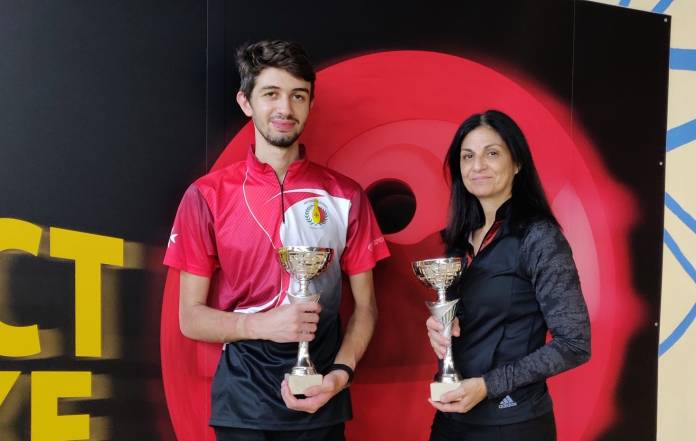 Sue Abela led the 12 strong field practically from start to finish, being the only female to bowl above 200 average, and was followed by Cynthia Duca and Liliana Spiteri, who tied with Tiziana Carannante but was awarded third place due to Spiteri’s higher last game.

The male competition had 23 players and was a strongly fought affair, but 18-year-old Magro, who has returned to form with a bang after the Covid 19 break, managed to hold off his main competitors bowling a very strong 1307 (217.8 average), beating 15 year Nicholas Muscat by a mere nine pins. Third place went to Mark Spiteri, closely followed by Neil Sullivan, Mauro Anastasi, Rankin Camilleri and 13-year-old Chris Fenech, who finished in seventh place, just 72 pins behind Magro.

The awards were presented by Paul Baldacchino, MTBA president, together with Sammy Borg’s family, while Sue Abela’s sister, Melissa, wife of the late Silvio Anastasi, was present for the tournament.

This year, which was the second edition, was also fully booked.

This content was supplied by the Malta Tenpin Bowling Association