Government should offer financial compensation to bars and clubs and not act irresponsibly endangering the lives of people, stated the Medical Association of Malta, MAM, in a statement issued this morning following the legal notice issued by the Malta Tourism Authority which according to MAM is completely different from what was announced by the superintendent of public Health.

The Association said it was understood that only bars with a license to function as a restaurant would be allowed to operate as restaurants, as standing establishments present a much higher risk of contagion.

“Serving a bag of crisps with a drink, does not modify your license, neither does it change the genetics of a virus. Whoever drafted the legal notice is insulting the intelligence of all the Maltese people,” stated MAM which has suggested government to provide financial support and compensation to bars and clubs and not continue to compromise the health of the Maltese people.

The Medical Association of Malta said that MTA should realise that disregarding the advice of the superintendent of public health renders itself, and whoever follows its notice, liable to civil and criminal damages should patients become seriously ill and die.

MAM also announced that its council will be meeting on Wednesday to decide on the possibility of reactivating all directives. 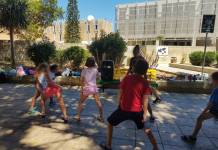