The destinations that have been added to the list of destinations to open on 1 July are Italy, except for Emilia Romagna, Lombardy, and Piemonte, France except for Ile de France, Spain except for Madrid, Catalonia, Castilla -La Mancha, Castile and Leon, Poland except for Katowice Airport, Greece and Croatia.

As announced on Sunday by Prime Minister Robert Abela, Israel which had been included on the original list has been removed. The list of destinations will be monitored regularly and reviewed if necessary.

In a joint statement issued by the Ministry for Tourism and the Malta Tourism Authority welcomed the decision that six countries have been added to the list of destinations for when the airport officially reopens on July 1, and that restrictions on all other flight destinations will be lifted on July 15. 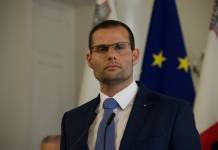 Minister Julia Farrugia Portelli said that the Ministry together with the Malta Tourism Authority will be focusing on marketing and different incentives to attract tourists.

Gavin Gulia, Chairman of the Malta Tourism Authority, said that with these six additional destinations opening up as from July 1st, and the rest becoming accessible by the middle of next month, the travel and hospitality sector can start to recover lost ground fast.

Last week the European Commission encouraged member states to lift travel restrictions within the bloc and proposed a gradual lifting of the external travel ban starting July 1. A significant number of EU countries have already lifted their travel restrictions.