Amendments to the Civil Code that would allow couples not to assign a gender to their child on birth and widen the array of surnames that may be chosen on marriage have been approved by Parliament in its second reading.

But while the bill was approved without a vote, amendments in the committee stage are expected, in light of various issues raised by Opposition MPs. 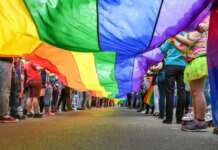 The bill includes dozens of amendments, including one which would finally allow Maltese letters to be officially included in people’s names. Once it becomes law, people with Maltese names may choose to correct them through a simple application, without the need to go to Court.

It also seeks to remove any distinction between genders when it comes to married couples choosing their surname: each spouse may choose to keep their surname, drop them in favour of their spouse’s surname or adopt a combination of both. Spouses may choose different surnames, though they would nevertheless have to agree on the surname that would be passed on to any eventual children they might have.

Parliamentary secretaries Alex Muscat and Rosianne Cutajar both highlighted that the option to leave the gender section of birth certificates blank was being offered with intersex children in mind, to avoid hastily assigning a gender to them. Both recognised that such an issue was rare – on average, one intersex child a year is born in Malta – but emphasised that even the plight of such minorities needed to be addressed.