Moviment Graffitti has published a set of proposals to support workers and those who have the least resources in society in view of the coronavirus situation in Malta and Gozo.

Moviment Graffitti said that it welcomes the statement made by Prime Minister Robert Abela where he claimed that workers should not carry the burden of the coronavirus cases and therefore a set of social measures should be implemented said the NGO.

Help for workers on precarious contracts and for the self-employed

The NGO explained that the worst hit by the decline in economic activity are workers on contracts which do not guarantee fixed hours of work and those self-employed persons who live from hand to mouth and that many of these have ended up without any income, or with very low income. Moviment Graffitti is saying that there should be a system in place where these persons will be temporarily eligible to receive unemployment benefits.

Another measure proposed is that the State should introduce a measure wherein those who have bank loans (including home and business-related loans) would be allowed to postpone, for a few months, payments due to the bank.

An interest-free loans fund for companies

Moviment Graffitti also suggested a Government fund offering interest-free loans to private companies, especially so that these will be able to pay their employees. These funds should be paid back slowly to the Government without interest, once the economy starts picking up again.

In its statement, the NGO stated that while it is commendable for the Government to help businesses during this difficult moment, it is not right that companies, which until a few days ago were making huge profits, expect the people to carry the burden as soon as their profits temporarily decline.

“It is not fair that their profits remain private, while their losses become shared by the public. Therefore, our proposal is for help by the Government to take the form of an interest-free loan which will eventually be repaid.”

A temporary moratorium on worker redundancies. Moviment Graffitti said this is a time for solidarity, not a time for workers to be laid off after being used.

It is being proposed that the Government should put into force a special leave entitlement for workers who are constrained to live in quarantine and who cannot work from home.

The NGO further explained that this special leave should also be applicable in the eventuality of a national lockdown and half of this leave should be deducted from workers’ sick leave entitlement, while the other half should be special leave with pay, partly subsidised by the Government and partly paid by employers.

More facts
Factbox: Latest on the spread of coronavirus around the world 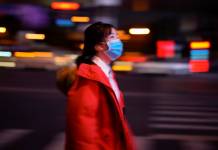 Till to date, in Malta 38 coronavirus cases have been reported, schools will remain closed until further notice issued by the government, incoming flights will be suspended also as from Saturday 21st March and bars, restaurants, gyms and other places were ordered to shut down too. 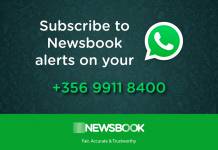