Moviment Graffitti is calling for a non-partisan protest. The activist group announced the details of the protest this morning calling it a protest against the unsustainable situation in which our country finds itself, following the death of Miriam Pace.

The protest will be held on Saturday at 10.30 am from St Thomas More College in Santa Venera, and will move towards the site of the tragedy.

In a press statement, Moviment Graffitti said that during the protest they will ask for a serious approach in the construction industry.

They have also presented proposals for reforms. Moviment Graffitti explained that the reforms will relieve residents of their financial and logistical burdens, will give workers their rights and safety, the proposals will introduce the licensing of contractors and developers, as well as the introduction of a points and blacklisting system. 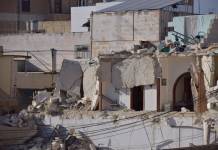 These proposals can be viewed online on Moviment Graffitti website.

The Activist group said that residents and citizens are being held hostage by a group of developers who consider themselves above the law and have total control over politics, its players, and the authorities that should be administering it.

Watch: “Not only they almost killed us once they’re trying to kill us the second time” 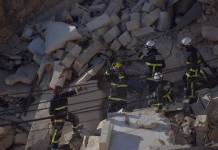 Moviment Graffitti also stated that the construction lobby is continuously interfering in reforms in this sector and that “the arrogant bullying attitude of this lobby is the result of years and years of donations and pressure on the world of politics” – said Moviment Graffitti.

“Government is the prime cause of Miriam’s Pace death” – Cassola

Independent candidate and ex Chairperson of Alternattia Demokratika, Arnold Cassola stated that the government has to assume the prime responsibility for Miriam Pace’s killing

In a statement sent to the media, Arnold Cassola referred to what Prime Minister Robert Abela said on Tuesday during a Parliamentary sitting.

Yesterday, Abela said that the government intervened immediately, “though we are not to blame” for the incident. However, he added that this alone meant nothing for those who lost a home and a loved one. 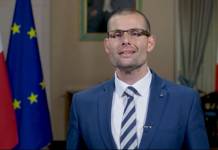 Arnold Cassola gave a list of what, according to him, led to the death of Miriam Pace. Cassola said that former Prime Minister Joseph Muscat colluded with Sandro Chetcuti to facilitate developers and that Muscat enrolled Robert Musumeci as his consultant to dismantle existing planning laws and building regulations in order to create loopholes which developers could exploit.

Independent candidate Arnold Cassola, in his statement, turned on to Minister Ian Borg and mentioned that Minister Borg had weakened the building regulations last year to further favour developers.

“These four people are the first responsible for the building collapses, damage to property, injuries to people including psychological effects and death” – stated Cassola who also called on Prime Minister Robert Abela to take action and if he fails to do so he would be “perpetuating the culture of impunity which started under his predecessor Joseph Muscat”, concluded Arnold Cassola.