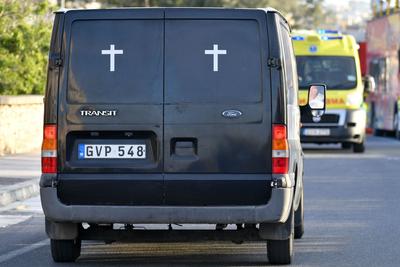 A 51-year-old man from Msida has tragically lost his life in a fatal accident on the Coast Road on Monday.

A police spokesperson said that the incident happened at 6.15pm on the Coast Road, Baħar iċ-Ċagħaq. The man was driving in the direction of St Paul’s Bay, when he lost control over his motorcycle.

A medical team was called to the site of the accident, but the man was pronounced dead on site.

Last week, a 19-year-old woman died after she was involved in a traffic accident in Marsa.

19-year-old dies in a car crash 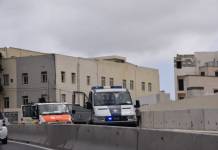 Motorcyclist fighting for his life after Fgura accident

Reuters   May 31, 2020
Pope Francis made his comments, departing from a prepared script, at the first-noon address from his window overlooking St. Peter's Square in three months as Italy's lockdown drew to an end.

Reuters   May 29, 2020
U.S. President Donald Trump threatened on Friday to stop looters in Minneapolis with deadly military force, after that city weathered a third night of arson and rioting over the police killing of an unarmed black man.

Photos: The woman who hasn’t cut her hair for 30 years

Coryse Borg   May 29, 2020
It's safe to say that, even if it may be now allowed in Ukraine where she lives, 34-year-old Alena Kravchenko will not be rushing the hairdresser's anytime soon.