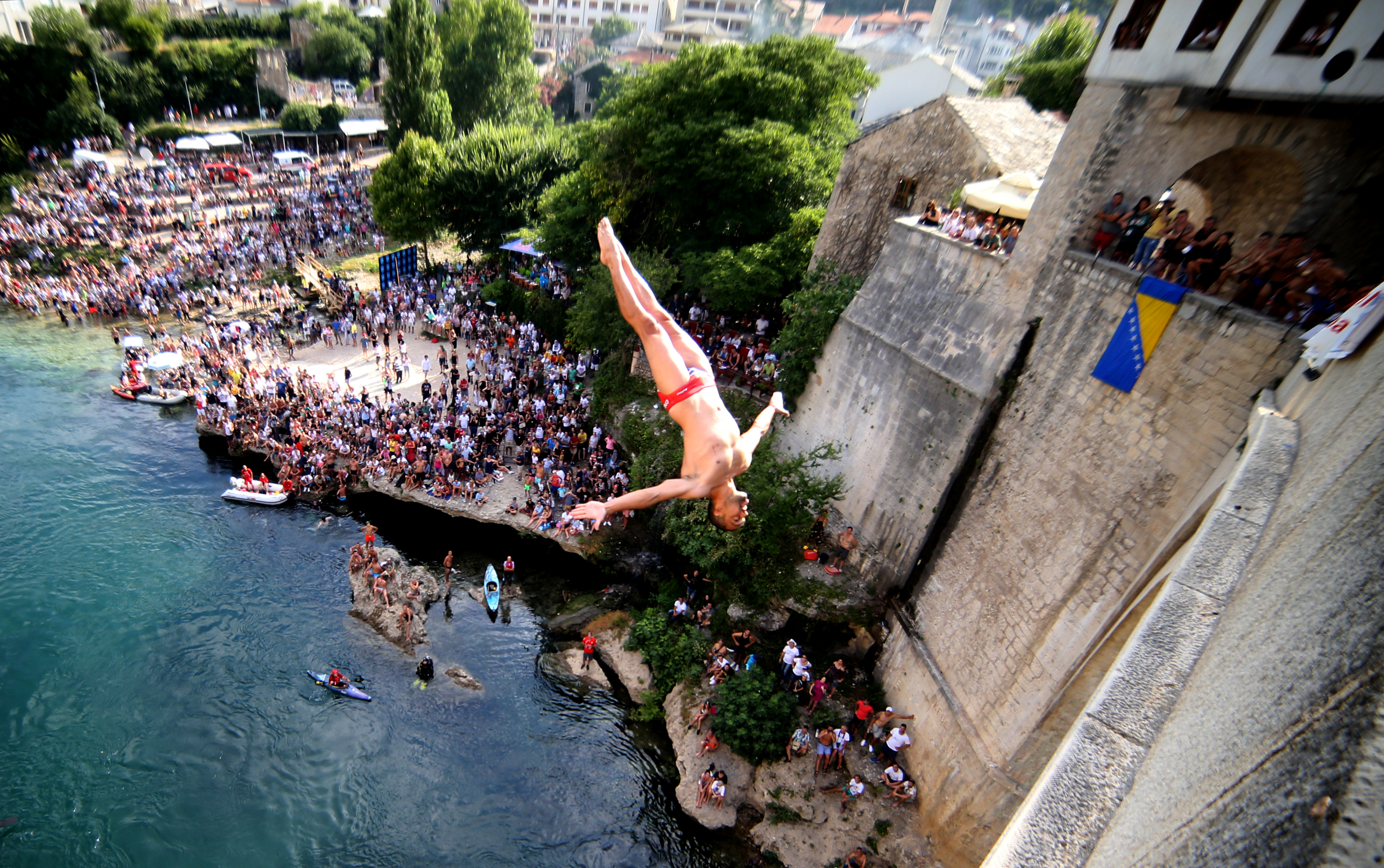 Extreme sports might seem like a modern innovation for adrenaline junkies, but in the ancient Bosnian town of Mostar, jumping or diving from the 24-metre-high bridge is a test of courage that dates back more than 400 years.

At just 16, debutant Emil Petrovic is the youngest participant in this year’s contest, the 452nd held on the gravity-defying white bridge that arches over the Neretva River through a point 24 metres (79 feet) above the water.

“In this town, it’s an obligation for every boy my age to dive off the Stari Most,” he said.

The graceful Ottoman-era Old Bridge that gives the city its name was finished in 1566 or 1567 and stood until Bosnian Croat artillery destroyed it in 1993, during the Bosnian War. A UNESCO World Heritage Site, it was rebuilt in 2004.

The first written account of young men leaping off Stari Most into the rushing waters of the Neretva comes from the 17th century Ottoman explorer Mehmed Zilli, known as Evliya Celebi, who travelled the empire for 40 years, recording his observations in his Book of Travel.

Celebi wrote that, when seen from a distance, the bridge “looks round like a bow out of which an arrow has just flown, and the bow froze”.

He said that the divers “run up before jumping from the bridge, fall down into the river and fly through the air like birds performing tricks”.

To this day, the ‘swallow dive’ that Celebi celebrated is still performed by Mostar’s divers – although Petrovic took a safer option, jumping in feet-first.

Sunday’s contest drew 40 local and international competitors and an audience of several thousand.

“It’s a fantastic feeling,” he said after emerging from the chilly emerald water to cheers of relief and admiration from the crowd.

“I wanted to preserve the tradition — but also to show that I’m grown-up and brave,” he said, adding that he had wanted to compete last year, but his mother said ‘no’.

Is the ‘ftira’ a marker of identity?