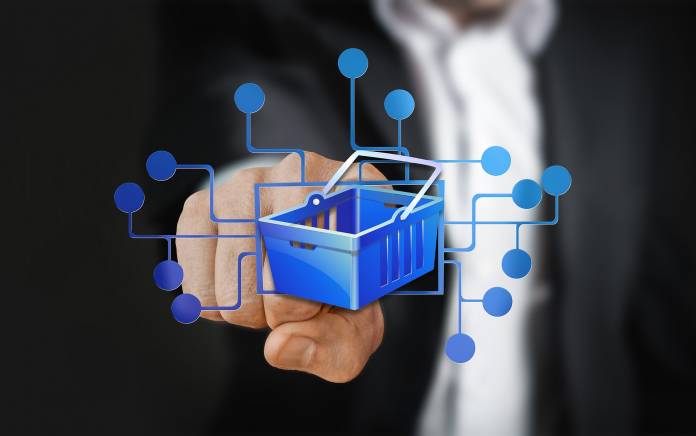 Among the NUTS level 2 regions of the EU, the highest shares of people shopping online were found across the regions of Denmark, the Netherlands and Sweden, in each of which at least three-quarters of adults made use of e-commerce.

Eurostat has published statistics about regional diversity in EU, amongst which are the share of young and old people, tertiary education attainment, as well as use of e-commerce. The report includes statistics for the 240 regions in the EU at level 2 of NUTS (classification of territorial units for statistics). For some indicators, it includes the 1,169 regions at the more detailed level 3.

The highest share of people using e-commerce were in Utrecht in the Netherlands (89%), Övre Norrland in Sweden (87%) and Hoevdstaden (86%) in Denmark. 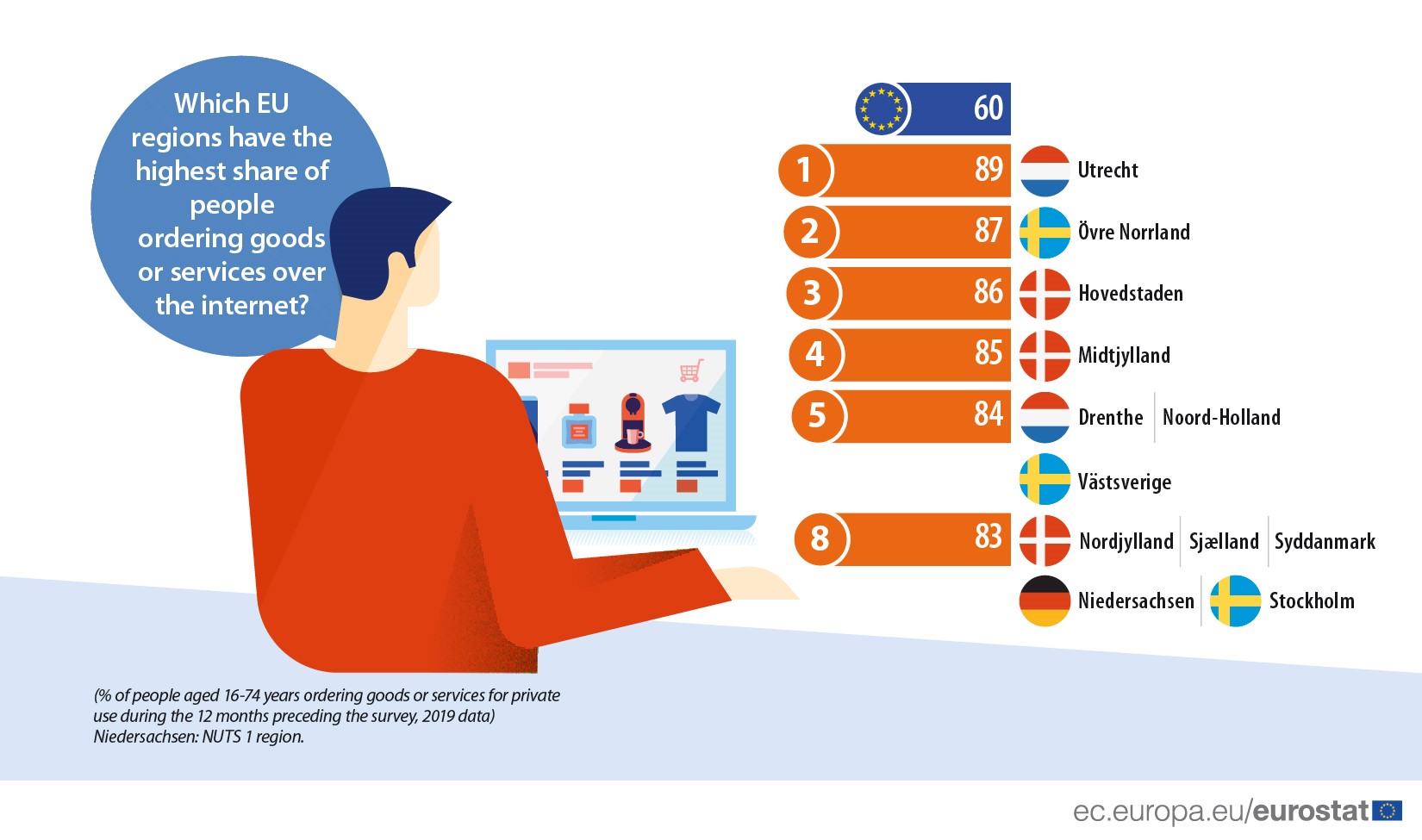 On the flipside, the lowest proportions of people ordering goods or services online were principally located in Bulgaria, Romania and Southern Italy. The lowest shares were recorded in Severen tsentralen (14%) in Bulgaria, the Romanian regions of Nord-Est (18%) and Sud-Est, and Yuzhen tsentralen in Bulgaria (also 19%).

In 2019, the regions where the share of tertiary educational attainment of 30-34 year olds exceeded 60% were: the capital regions of Sostinės regionas in Lithuania (70.4%), Warszawski stołeczny in Poland (69.2%) and Hovedstaden in Denmark (64.2%). 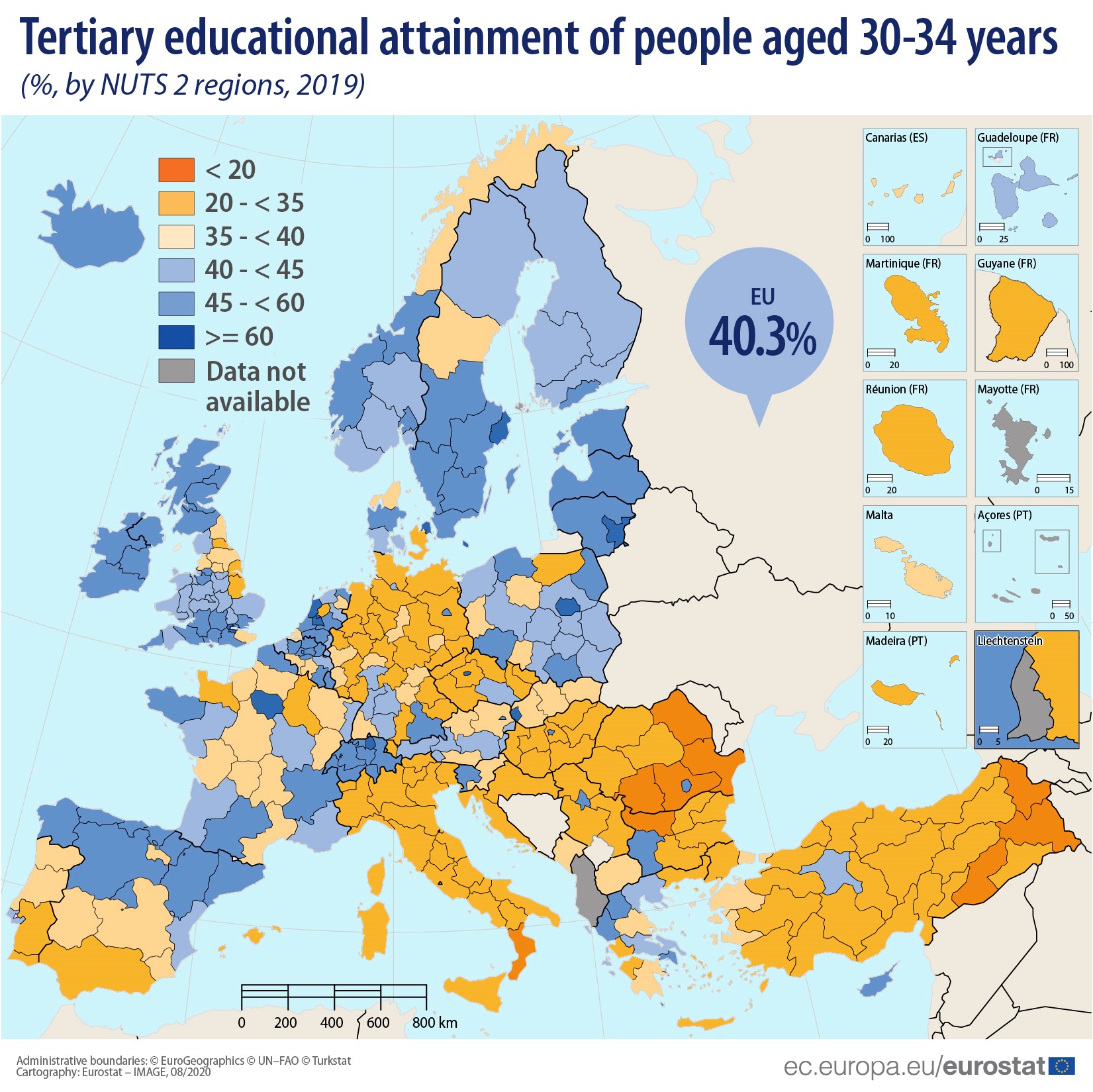 Among the NUTS level 3 regions, the ones with the highest share of young people (less than 20 years of age) were found in France, in Ireland and in Spain. The two outermost French regions Mayotte (53.8% of the total population) and Guyane (41.8%) recorded the highest shares.

On the other hand, regions with the highest proportions of very old people (aged 80 and older) were in Spain, Portugal and Greece. The highest share was observed in the mountainous, central Greek region of Evrytania (16.1% of the total population), followed by the two north-western Spanish regions Zamora (12.5%) and Ourense (12.1%).