According to data gathered by YouGov this week, 70% of Britons feel that government is handling Brexit badly and 21% feel it is handling the situation well. 48% feel that Britain was wrong to leave and 33% would prefer a second referendum with a ‘Remain’ outcome. Be that as it may, UK PM Boris Johnson still enjoys a higher trust rating that opposition Labour Leader Jeremy Corbyn.: 34% trust Johnson while a mere 13% trust Corbyn. This poor rating for Corbyn tallies with the equally poor showing on the clarity of Labour’s policies on Brexit: 69% feel that Labour is totally unclear on their attitude to Brexit.

Following Tuesday’s Commons cliffhanger, UK PM Boris Johnson will, Wednesday evening, face another challenge. Having taken over the parliamentary agenda, the MPs in the House of Commons will seek to pass a bill which will stop Johnson from stomping out of the EU in a No-Deal Brexit. This will most likely result in another oblique move in this historic chess game which has realigned parties in the UK into Brexiteers and Remainers.

House of Commons votes to take over parliamentary agenda 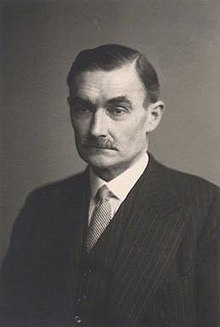 In the turbulent post-war years, the Queen’s Private Secretary Sir Alan Frederick (Tommy) Lascelles enunciated, in a letter to The Times, under a pseudonym, the Lascelles Principles. These were three criteria under which the monarch could refuse a request by the Prime Minister to call a general election. The three principles were: if parliament were still considered to be viable, if the election were to prove harmful to the economy and, finally, if the monarch felt that someone else could take up the mantle of the premiership. These principles held true up to 2011 when the Fixed Term Parliaments Act set the date for elections for the first Thursday of May, five years after the previous election. The act envisages only two outs: a vote of no confidence or a two-thirds majority in favour of an election.

In the current situation, all this is highly relevant.

Boris Johnson seems to be ahead in the polls but, when this is translated into actual seats for a majority in the Commons, the result is less clear and coalitions would be necessary. In the current climate, coalitions are as solid as jelly. So, an electoral outcome is clear neither for Johnson nor for the opposition led by Jeremy Corbyn.

The Leader of the Opposition is also in a bind. Given that the raison d’etre for the opposition is to harry the government into an election, Corbyn has the unenviable task of stopping Johnson from calling an election until the latter is bound not to seek a No-Deal Brexit. In this scenario, Labour is unlikely to vote for an early election should this come to a vote. This may leave Johnson with the option of using the vote on the No-Deal Bill as a vote of confidence, knowing that the Conservatives would likely lose that vote, thus triggering one of the exceptions to the Fixed Term act. However, the Lascelles Principles were never rescinded, only put in abeyance, superseded. So, the monarch may yet be given the advice that if she can satisfy any of the Lascelles criteria, say, for example, call on Corbyn to lead a government until this issue tides over, then the endgame may yet be all to play for.

And given the developments in the UK with Scottish rumblings of secession to avoid Brexit and areas of the country seemingly having a re-think, September and October look likely to be interesting months ahead. According to a survey carried out by YouGov two weeks ago, should the UK crash out of the EU Boris Johnson would carry most of the blame according to 45% of respondents, the EU would be to blame according to 35% and the Brexiteers 33%.